End of an Era: Giants Are Benching Eli Manning For Daniel Jones Skip to content 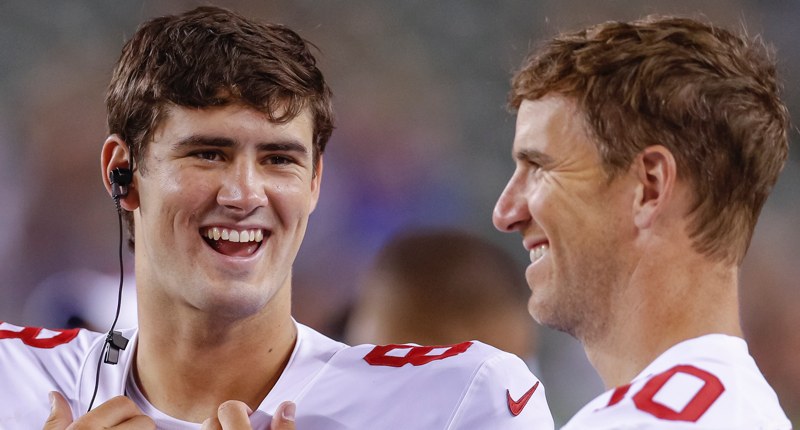 The Eli Manning era appears to be over in New York.

After refusing to commit to a starting quarterback after losing to the Buffalo Bills, the New York Giants made the news official via social media:

Jones was the Giants’ first-round pick (sixth overall) in the 2019 NFL Draft and a top-5 prospect at the position in this class. It was a bit of a surprise to see Jones taken before some of the other draft-eligible quarterbacks, but it is not a surprise to see the Giants pull the plug on the Manning experience. New York is 0-2 and change was inevitable as soon as the Giants drafted Jones in April. And while the team tried to give it one last shot with Manning at the helm, Giants Head Coach Pat Shurmur was left to consider the big picture and long-term focus of the squad. Starting this coming Sunday against the Buccaneers in Tampa Bay, it will be Jones’ time to shine.

And in case you are curious, the Bears are scheduled to play the Giants in Week 12. So unless something drastic happens, Chicago will see Jones under center in November at Soldier Field.

As for Manning, he will go down as an all-time great with the Giants despite his removal from the starting quarterback position. Manning won two Super Bowls, was a four-time Pro Bowler, and has been the face of the franchise since suiting up for the first time back in 2004. He started 223 of a possible 224 games between 2005 and 2018, racking up 54,938 passing yards and 354 touchdowns during that stretch.

In the end, an impressive run ultimately ends with the 38-year-old taking a back seat to his heir apparent.