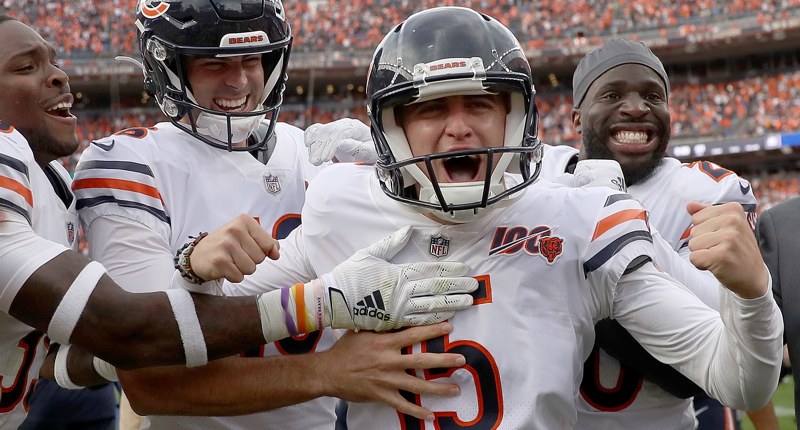 I had a blast the last few days making real-life connections with the people I am friends with online (Cubs Social Media Night). The internet is a powerful thing that helps bring people with similar interests together in the real world. Sure, the web can be an awful place at times. But you can also make the most of it, because it isn’t all bad.

The league reviewed the second-to-last play of Bears-Broncos (Mitch Trubisky’s 25-yd pass to Allen Robinson) and determined it was officiated correctly, a source said. Robinson was ruled down with :01 left, giving Chicago the chance to call timeout & kick the game-winner.

We lead the league in bald dudes for sure! And being ABSOLUTELY FIRED UP ! https://t.co/mkP4w5jbUv

JUST SOMETHING ABOUT THIS STADIUM @obj pic.twitter.com/e24DuCvKAs

#Panthers QB Cam Newton’s status for Sunday is up in the air after he aggravated a foot injury, per @RapSheet and me. He’s rehabbing while teammates practice. Ron Rivera talks later.

2018 sixth-round pick Luke Falk was promoted to an active NFL roster for the first time in his career last week.

Last night, he found himself under center for Monday Night Football as the Browns blew out the Jets.

Last night’s #Browns #Jets game on ESPN Monday Night Football drew an 8.8 overnight rating according to Nielsen, based on the metered markets, an increase of seven percent compared to the 8.2 rating for the Seahawks at Bears week 2 game in 2018.