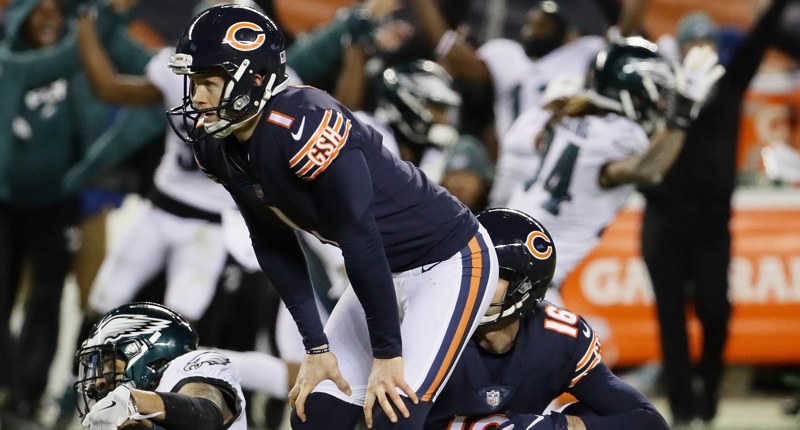 Adam Vinatieri is headed to Canton one day, where he will be inducted and enshrined in the Pro Football Hall of Fame. But right now, the struggle is real for the Indianapolis Colts kicker.

So much so, Cody Parkey and Elliott Fry were among the kickers who were invited for tryouts on Tuesday.

Check out the full list, via NFL reporter Howard Balzer:

Among those joining Parkey were Elliott Fry, (who insists the Bears’ kicking competition made him better), Younghoe Kool (an AAF standout who was one of the many kickers who were brought in for offseason tryouts), Cole Hedlund (a rumored summertime trade target), and Chase McLauglin (the only 2019 draft-eligible kicker who successfully navigated Soldier Field).

In the end, my mind comes back to the idea of Parkey trying out to possibly replace Vinatieri. Of all the things I could have posted about today, this the idea of Parkey replacing Vinatieri is the toughest to wrap my mind around. And because the Colts decided it was a good time to hold an open kicking tryout and invite Parkey into the mix, that possibility is sitting right there in front of us. Scary, ain’t it?

Parkey had his worst season as a professional with the 2018 Bears, making just 76.7 percent of his field goals with various high-profile misses along the way. The double-doink was an all-time tough beat, but it is impossible to forget him clanging four goal posts against the Lions, missing a game-winner against the Dolphins, and chipping another goal post in the season finale against the Vikings. Overall, we’re talking about six goal posts, a crossbar, and countless number of nightmares from a Bears fan’s perspective.

Good luck with all that, Indy.