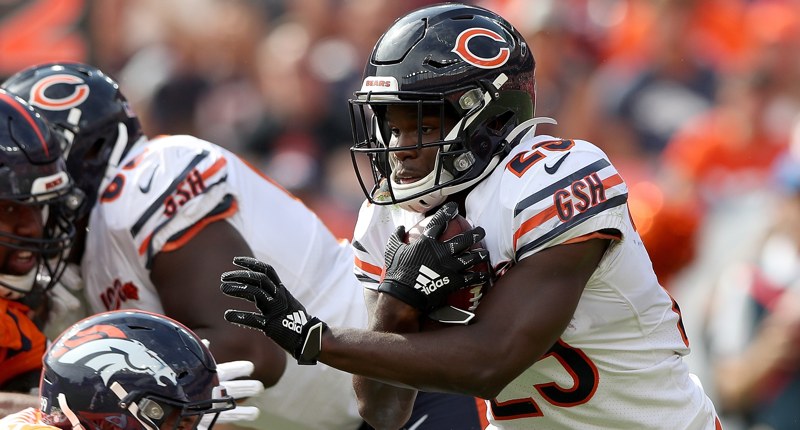 A brief PSA: Be careful when taking a ride-share and make sure you are getting in the car you requested. Check the license plate. Make sure your driver is who the app says it is. And if someone asks you if you need a ride, and it is unsolicited, don’t take it. Be safe out there, friends.

“Plays on plays” — Two plays after Patterson’s 46-yard run to the left, Nagy lines him up in the backfield again. This time, the play goes right, but Gabriel goes in motion and intercepts the pitch, taking it back to the left. Picks up 14.

In case you wondered where Mitch Trubisky ranked after the first two games of the year in Bears lore. pic.twitter.com/8u8e9Xd0PF

Remember when the #Bears and Redskins combined for 86 points back in 2013?

Tanking is how MLB and NBA teams have successfully built contenders in recent years. Now the Miami Dolphins are in on it—but there’s no proof (yet) it can be as effective in the NFL. https://t.co/cQ5cqqZUNW

The latest installment of "Everyone Has a Podcast But Me" — yours truly jumps on with @BN_Bulls @Schuster_Elias to talk about Star Wars, how the guy from the crying meme sparked a player empowerment movement, and more! https://t.co/EpCd5cMVMl

Team USA Could Have Used an Offensive Weapon Like Zach LaVine … But He Wasn’t Invitedhttps://t.co/fDf3eJuHe7