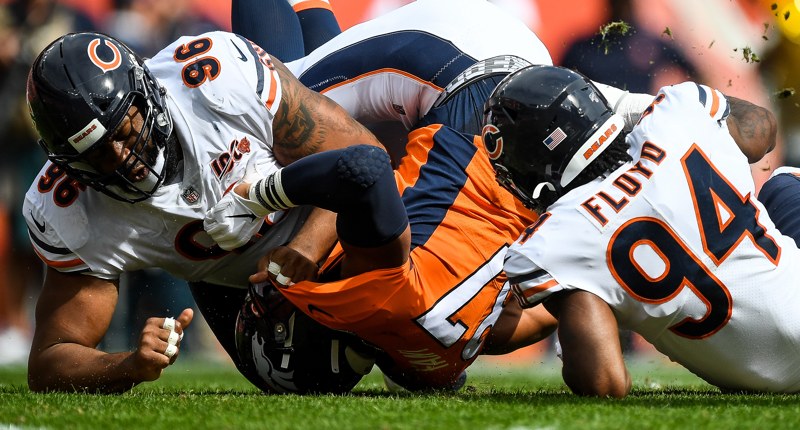 There are times in life when you are faced with a challenge that seems insurmountable, but are forced to take it head-on because there is no alternative.

“I say we want to run the ball, but they’re a very difficult team to run the ball against,” Gruden said, via Jason Lieser of the Chicago Sun-Times. “I might have to wait until next week.”

So much for a vote of confidence from the ol’ ball coach.

Washington’s rushing attack is off to a slow start. Second-year running back Darrius Guice is on injured, which has led to the team leaning on 34-year-old Adrian Peterson (who didn’t even suit up for Week 1) to carry the load. Peterson, who the Bears were rumored to make a run at in free agency despite the fit making no sense whatsoever,  averaged 2.5 yards per carry on 10 attempts in his first game action last week and has averaged 3.8 yards per rush in 27 games since the start of the 2017 season. No wonder Gruden has no confidence in Peterson jump-starting a morbid running game.

Well, there is that and the Chicago’s excellent rush defense.

Eddie Goldman is Pro Football Focus’ sixth-highest-graded run defender among defensive lineman through two games, while Akiem Hicks isn’t too far behind with the 13th best run defense grade. On the outside, Leonard Floyd possesses 14th best run-defense grade among edge defenders. And while he hasn’t played enough snaps to qualify for the leaderboard, Aaron Lynch’s 84.5 grade is impressive and would be the sixth best grade among players at his position if he played enough snaps to qualify for the board.

We figured the Bears were going to be tough against the run coming into 2019 and have lived up to the billing to this point. Opponents are averaging 68.5 rushing yards per game and just 3.0 yards per attempt. To be fair, we are looking at just a two-game sample, but Aaron Jones and Phillip Lindsay are solid professional rushers. And yet … not much from either when facing the Bears.

So, yeah, wait ’til next week, Jay. Your running backs will thank you for it later.