Put Your Feet Up, Check What's In the Fridge, and Watch Mic'd Up Roy Robertson-Harris Go To Work Skip to content 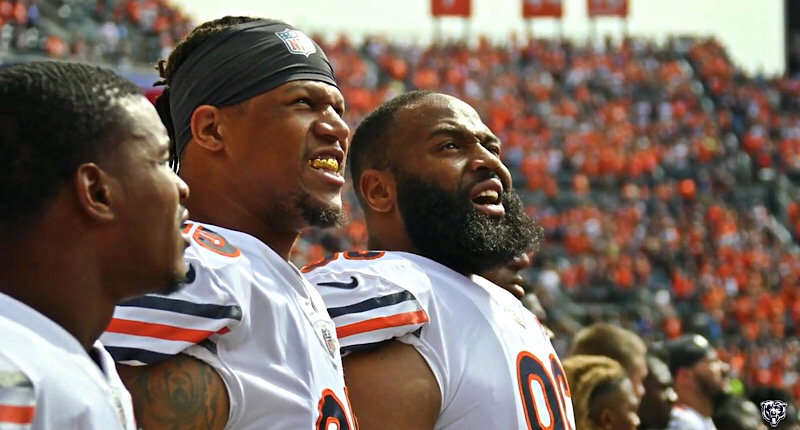 Because Bilal Nichols has a broken hand, it is time to get ready for an increase in snaps for Roy Robertson-Harris.

Is Robertson-Harris not on your radar? He should be, but that’s cool. Lucky for you, the Chicago Bears’ YouTube page dropped a fresh episode of Mic’d Up starring Robertson-Harris.

Robertson-Harris has long been a BN Bears favorite. He is talented, easy to root for, and always seems to be in on a play whenever he is on the field. His transformation from undrafted free agent outside linebacker, to reserve defensive lineman who pitched in on special teams in a pinch, to rotational defensive lineman has been fun to follow. This isn’t a normal career arc for an NFL player, so to see Robertson-Harris thrive the last 18 games or so has been remarkable.

Robertson-Harris set career bests in games and defensive snaps played last season, and made the most of his time collecting three sacks and 11 quarterback hits. The Bears have deployed him in smartly in the past, but he will soon get an extended look playing next to Eddie Goldman and across from Akiem Hicks. Here’s hoping he is up to the challenge.