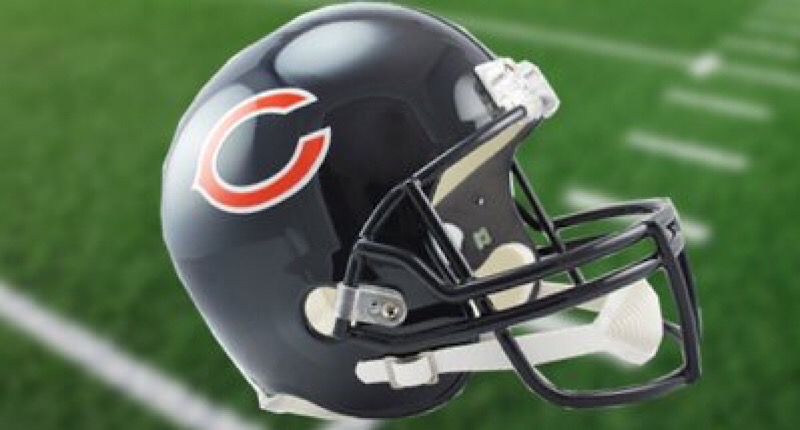 I have spent most of my morning nursing myself to full strength after waking up with an illness. So I apologize if Saturday’s Bullets are a bit brief.

Congratulations to our Week 2 #CommunityMVP @RashaadCoward! The @ChicagoBears OL drove more than an hour to help launch a STEM + literacy program for students at Lincoln Elementary School in East Chicago, IN.

Bears OT Rashaad Coward named NFLPA Community MVP for helping to launch a literacy program at Lincoln Elementary School in Indiana.
Coward spent the day with students, distributing books to the 100 kids in attendance and working closely with them on various engineering projects. pic.twitter.com/hSzkqITAOm

One of the coolest things of today’s @A4C_ATHLETES STEM event at East Chicago’s Lincoln Elementary was when @ChicagoBears @RashaadCoward got this vehicle chugging along for the kids. Everyone ran over to see it. I love seeing kids so excited. This is how you make a better future pic.twitter.com/UOIDUivaMp

3rd &8 4th Qtr. Denver shows two High safeties. Safety waits on Mitch to give the silent count signal before he shows blitz. Protection is set safety is unblocked. Mitch nicely reads it and knows to get the ball To Burton. Incomplete but a lot of good in here . pic.twitter.com/Nr0uei7tug

Getting stops on 3rd down (the "money" down) is a huge momentum-builder for any team! These defenses have been the best at it through Week 2: #GoPats #Bears100 #Browns #DallasCowboys #RavensFlock #GoPackGo #GoBucs #Skol #Titans #BillsMafia #Seahawks @gregcosell | @MattBowen41 pic.twitter.com/Zlq2k4iR7V

Matt Nagy said Eddie Goldman won an award this week Bears coaches hand out for players who may go unnoticed. "He affected the line of scrimmage. He affected the quarterback. … Not to mention he also played through an oblique. Just showed mental toughness and physical toughness."

Bradley Chubb has not received notice of fine for roughing the passer penalty so it appears at this time NFL has decided call that cost Broncos the game vs Bears was punishment enough. #9sports

Al Riveron, on why the officials were correct to reset the clock to one second on the Bears' fourth-and-15 last weekend: pic.twitter.com/1rUsKHk7iI

He opens up to @Rosenberg_Mike about the physical and mental pain during his NFL career—and how he’s put it in the past https://t.co/TrU9MRadls

Josh McCown has thrown touchdown passes to 37 different players during his career. How many of them does he remember? https://t.co/EAKUXUSfbR pic.twitter.com/8ceYt2aMLs

Tamper At Your Own Risk! NBA Cracks Down on Free Agency with Some New Rules/Repercussionshttps://t.co/3RjrcwWpgl