HA HA! Clinton-Dix Opens the Scoring With a Pick-Six Skip to content 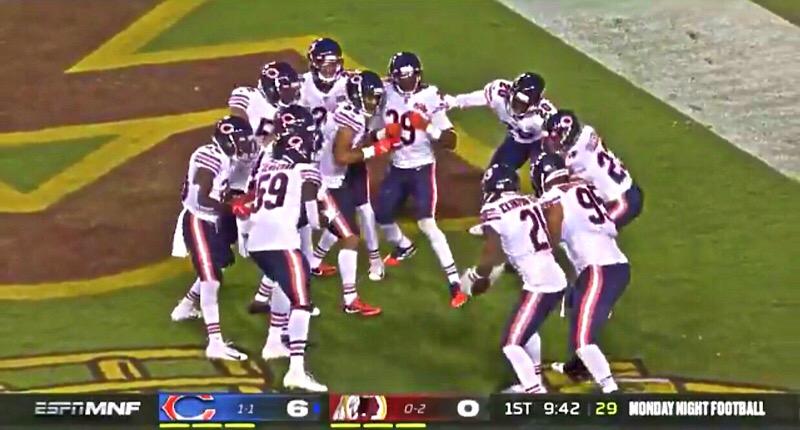 Oh, so you thought you could safely throw against the Bears defense?

The celebration should be worth a second touchdown:

After struggling to sustain an offensive drive that put points on the board, the Bears defense took matters into their own hands. Chicago’s unit stifled Washington’s attack, then Ha Ha Clinton-Dix jumped on a Case Keenum pass and took it to the house. Eddy Piñeiro made a PAT and it gave the Bears a 7-0 lead.

Chicago’s offense needs to score touchdowns at some point. But until then, the Bears’s best offense is its defense because time is a flat circle.