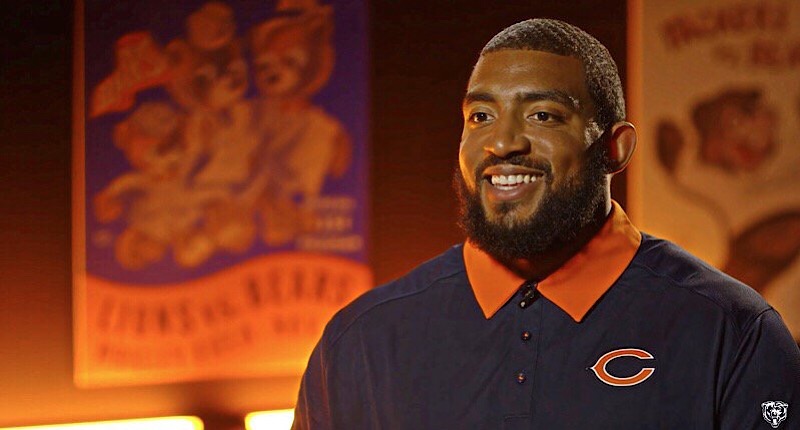 The Chicago Bears will take the field on Monday Night Football with kicker Eddy Piñeiro in tow.

HOWEVER, a surprising name is listed among the team’s list of inactive players for the prime-time showdown against Washington.

Starting right tackle Bobby Massie is inactive for Monday’s game. It is a surprise, to be sure, as Massie was not listed on the injury report at all in the days leading up to the game and was shown on the team’s social media pages as making the trip to Washington. We’ll keep our eyes peeled for any information explaining why Massie is missing in action tonight.

UPDATE: Massie is “not feeling well.”

With Massie out of the lineup, Rashaad Coward is lined up to be the starting right tackle in place of Massie. If that is how it shakes out, it will be Coward’s first start as a pro. Nothing like making your debut on Monday Night Football a little more than a year after switching from being a nose tackle. I suppose the Bears could slide right guard Kyle Long to tackle and insert Ted Larsen into the starting lineup as a guard if the team values experience. Or the team could go with Cornelius Lucas, who is listed as the team’s second-string left tackle. In any case, expect the right side of the line to get a little more help from chipping tight ends and running backs.

Here are the rest of the Bears’ inactives:

We will have more for you later in our Pre-Gamin’ post.