Club Dub Goes to Washington, Mack Goes Off, Mitch Gets Some Love, and Other Bears Bullets Skip to content 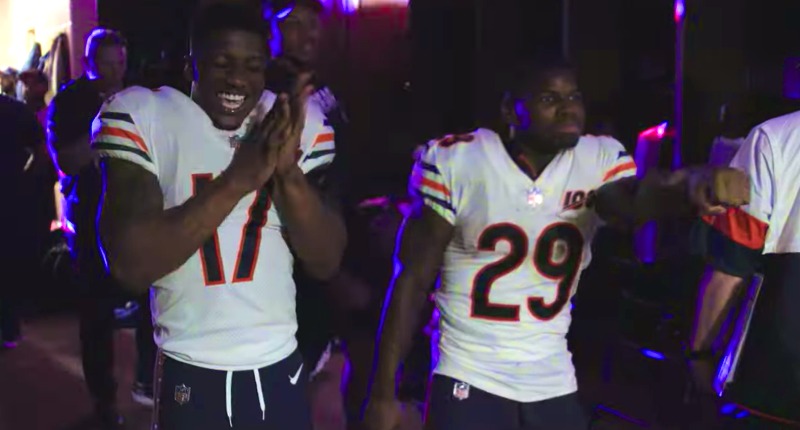 The Bears offense found a rhythm, the defense owned Case Keenum’s soul for most of the night, and the victory belonged to Chicago’s football team on Monday Night Football. And they say it’s hard to get anything done in Washington D.C. these days.

Oh, you thought you could safely pass into the Bears' defense?

Legitimately might be the worst interception I have ever seen. pic.twitter.com/kCh4BjM3tc

Just another night at the office for Kyle Fuller.#CHIvsWAS | #Bears100 pic.twitter.com/k9hOIuYkRz

The @ChicagoBears rolling out of DC with a win like pic.twitter.com/7HHrv2y8jb

Dinner for the Bears' secondary is on Khalil Mack this weekend 💯 pic.twitter.com/fWnSVUgk7N

Hey, goes down as a 35-yard dart in the scorebook, AMIRITE.

Just watch Trubisky’s first TD to Gabriel and then this one. #Bears
pic.twitter.com/RHorQoPhG1

“I knew probably an hour and a half before the game. That’s cutting it close. I got back from being on the field doing some drills and I didn’t see Bobby out there, so I was like, ‘Where the hell Bob at?’…

Also: "It was nothing, man. We practice this [stuff] all the time, seriously. Next man up, no matter what the situation is."