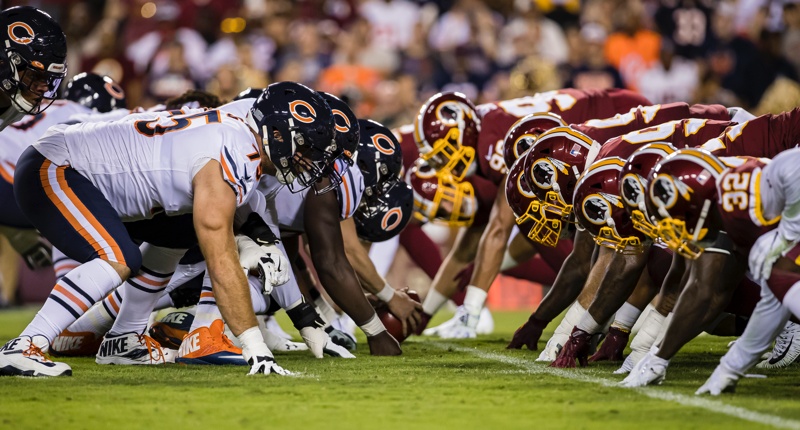 The Chicago Bears had all the elements cooking in front of a nationally televised audience on Monday Night Football.

Mitch Trubisky (25/31, 231 yards, 3 TD, 1 INT, 116.5 rating) threw his first two touchdown passes of the year within a matter of moments as part of a three-score outburst in the second quarter. The last throw was the prettiest, and sent Trubisky into he locker room with an impressive 137.6 passer rating in the first half. The breakout quarter represented Trubisky’s best showing in a prime-time game in his career to that point, and the offense showed signs of life after struggling to get things going in its previous two weeks. Finally, the passing offense took advantage of Matt Nagy scheming open receivers, with Taylor Gabriel (6 catches, 75 yards, 3 TD) being the primary beneficiary. And in the second half, giving the ball to professional tackle-breaker David Montgomery (13 carries, 67 yards, 5.2 yards/attempt) was enough to properly ice the game in one of those better-late-than-never scenarios.

For the record: Chicago’s offense might not have found success had it not been for a ferocious defense that set the Bears up with prime field position.

Ha Ha Clinton-Dix came up with a two-interception night in his return to our nation’s capital, including a pick-six that highlighted a night in which the Bears defense bullied Washington’s offense early and often. When Case Keenum wasn’t playing catch with Clinton-Dix, he was being pushed down by dominant Bears pass rushers. Keenum was sacked four times and knocked down eight other times. I lost count of how many times he threw hurried passes, mostly because those passes fell laughably short, tall, and wide of intended targets. And when Keenum turned to hand it off, Chicago’s front seven was often shoving Washington’s ball-carriers into the turf. Things were so bad for the home team’s ground game, long-time Bears tormentor Adrian Peterson couldn’t even get a goal line carry — and he is the goal-line back!

It wasn’t all perfect. The Bears didn’t coast as easily as they should have, and that is putting it nicely. There were too many garbage-time points and yards allowed in a game that should have been a laugher. The offense left points on the board because Trubisky made some careless throws after being so precise in the first half. Two key contributors (defensive lineman Akiem Hicks and receiver Taylor Gabriel) left the game early due to injuries. We have things to tackle and dig into tomorrow, but we’ll cross that bridge when we get there.

In short, that is what a team with Super Bowl aspirations is supposed to look like against a team that appears destined to land a top-10 pick in the 2020 NFL Draft. The offense looked good and the defense was as good as advertised. And while a FedExField crowd that was infiltrated with Bears fans went home happy, Jay Gruden is probably turning on his phone having received a half-dozen messages from his brother Jon apologizing for trading Khalil Mack, who played like a hungry dog off its leash that wanted to eat quarterbacks for breakfast. That was a good and much-needed win for the Bears. 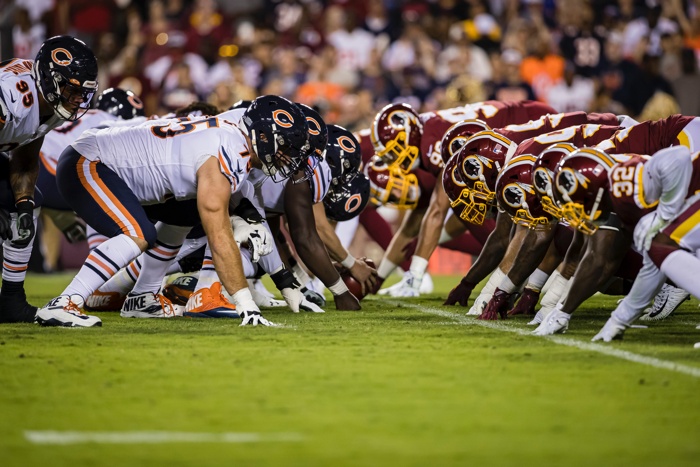