Bears Doing Right By the Community, Trevathan's Rope-A-Dope, and Other Bears Bullets Skip to content 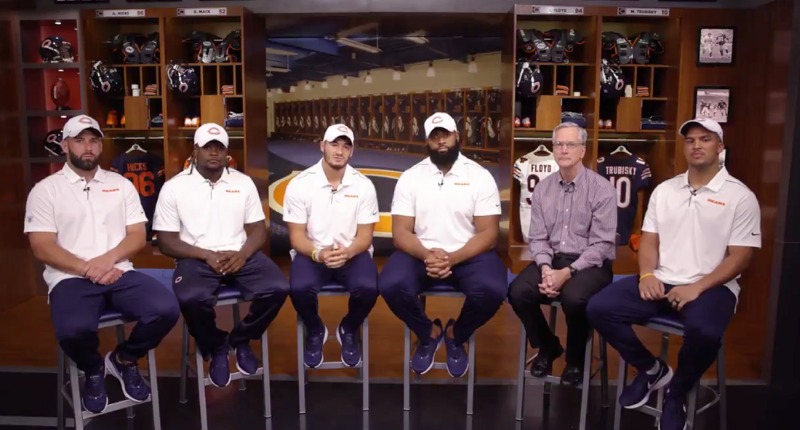 I recently discovered the awesomeness of frozen Nestle Crunch bars, but it turns out I am late to this party. That’s cool. Better late than never, I suppose. But this recent revelation leaves me wondering what other candy bars are good when frozen? What other deliciousness have I been missing out on? (Michael: All of them. They’re all good frozen.)

For our NFC North showdown this Sunday at Soldier Field we'll be wearing our classic jerseys for the first time since 1936.

Here’s an important message from our players and Chairman, looking ahead to Sunday. pic.twitter.com/SPbraNMFvL

Yesterday we looked at offenses on 1st down. Now let's look at the other side of the ball. Here are the top 1st down rushing defenses after Week 3: #GoPats #InBrotherhood #TakeFlight #FlyEaglesFly #Bears100 #HereWeGo #LARams #GoNiners #DUUUVAL @gregcosell | @MattBowen41 pic.twitter.com/eHpVxlnFCt

Might be pretty good timing for Marcus Sherels to be back with the #Vikings. In the last three games he's played at Soldier Field, he has returned seven punts for 128 yards for an 18.3 average with one touchdown.

Bears Stat of the (short) Week:

And since that NFL realignment in 2002, only 12 of 136 division champs (9%) league-wide have lost two divisional home games.

Bears already lost to Packers at home. They host Vikings