Trubisky Unleashed His Prettiest Pass and Played His Best Game ... But Still Got Drilled Nationally Skip to content 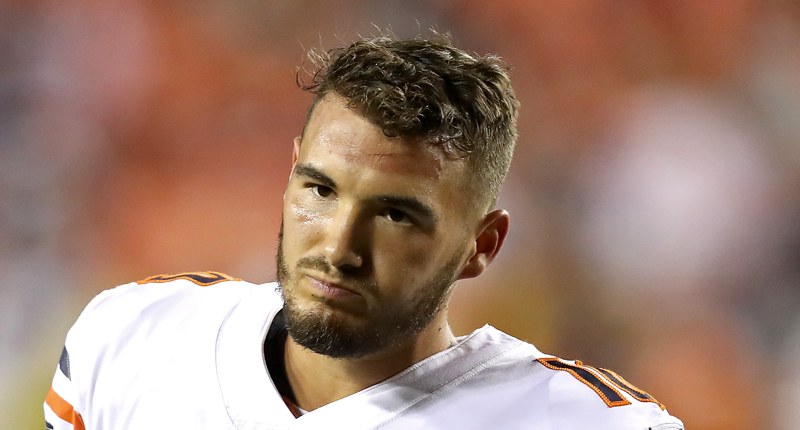 Mitch Trubisky completed 25 of 31 passes for 231 yards, 3 touchdowns, 1 interception, and a 116.5 passer rating in a win on Monday Night Football in Washington this past week.

Monday’s performance represented Trubisky’s first two-touchdown game since Week 14 of the 2018 season against the Packers and first game with a passer rating north of 100 since Week 15 against the 49ers. More importantly, it also represented the first time in a while in which Trubisky threw with conviction and played quality instinctual football.

And yet, he still drew the ire of analysts around the league.

Ryan Clark, an ESPN analyst, who played 177 games at safety between 2002 and 2014 with stops in New York, Washington and Pittsburgh, dunked on Trubisky after Monday’s game by comparing him to Ryan Leaf and Jamarcus Russell. If you’re not keen on football history, allow me to briefly state that Leaf and Russell are two of the biggest draft-pick busts at the quarterback position in league history. Clark’s analysis caught the ire of Bill Zimmerman (the Executive Producer of Mad Dog Radio and contributor to Windy City Gridiron) and ultimately defended his position in the tweet embedded below.

I used those two names to lint to opposite ends of the spectrum. No middle ground. Watson and Mahomes will be in the top tier for years to come and Mitch is forever linked to their successes. If he continues to play like this this pick will be a bust for the Bears. https://t.co/lfUEn5WJcI

Clark wasn’t the only one speaking out against Trubisky after his performance.

Hall of Fame receiver Cris Carter dug at a different angle with his criticism:

"Trubisky still has me nervous. … Watch Andy Reid the way he calls plays [for Patrick Mahomes]. That's not what I see from Matt Nagy. He's restricted based on the inconsistency of Trubisky passing the ball." — @criscarter80 pic.twitter.com/Hsamf0Nf4e

Carter contends that Matt Nagy’s offense is restricted by Trubisky’s limitations and inconsistency as a passer. And while it is unfair to compare Trubisky and Patrick Mahomes one-for-one, Carter compares Nagy’s play-calling for Trubisky to that of his mentor Andy Reid for what is called for Mahomes and sees staunch differences. At face value, that is a far more valid critique of Trubisky than Clark’s blanket comparison.

Comments from Clark and Carter would normally go a long way toward harshing our buzz, but NOT TODAY.

To be clear, criticisms of Trubisky have generally been fair and warranted. To this point, he’s simply not played well enough or consistently enough to thwart analysts needling every off-target throw or missed read.

HOWEVER, Trubisky straightened out a handful of kinks that had been problematic for him through the first two weeks, so that should be considered a win in the grand scheme of things (plus he started similarly slowly last season, before taking off a bit thereafter).

Trubisky played well in a game where he had no excuse not to play well. Monday’s game was less of a litmus test and more of a preliminary examination that showcased what he could do if he made proper reads and throws with conviction. Sustaining that success is Trubisky’s next hurdle to clear. A good showing in front of a national audience should do wonders for a self-proclaimed rhythm player who was down on himself earlier in the year. We’ll see if it carries over to Sunday’s game against the Vikings.