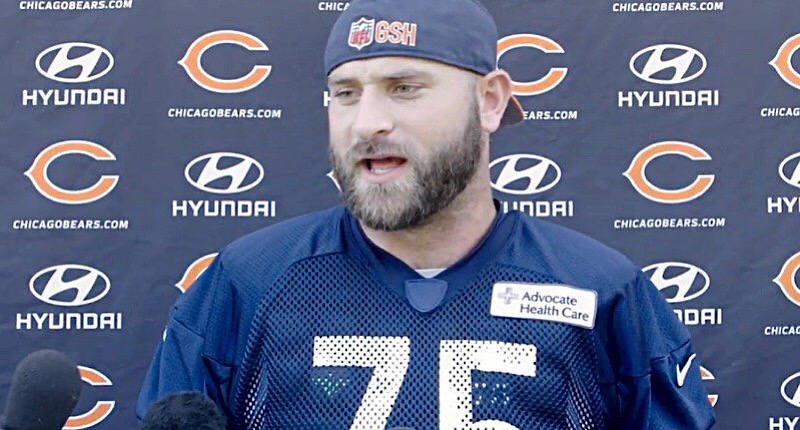 The Chicago Bears’ injury report has been tough to look at this week, as it has been loaded with starters and key contributors who have been limited participants or did not practice at all.

Unfortunately, Friday’s update did not provide much relief. In fact, it left question-marks at positions of concern. Among then, the right guard position.

The latest from Larry Mayer:

#Bears coach Matt Nagy said that right guard Kyle Long (hip) had a slight setback and likely will be a game-time decision Sunday against the Vikings.

Starting right guard Kyle Long had a set-back due to a troublesome hip injury. After getting a full work load on Wednesday, Long has sat out of each of the last two practices. Missing back-to-back practices has left Long as questionable for Sunday’s game against the Vikings. Bears Head Coach Matt Nagy told reporters Long will likely be a game-time decision, which means the Bears might not know until 90 minutes before game time if their starting right guard can suit up. That is not the kind of situation any team wants to be in, let alone one facing a division rival with a strong defensive line.

If Long cannot make the start, Ted Larsen is listed as the second-string right guard on the Bears’ official website and would be positioned to fill in as a starter. Larsen is in his first year back in Chicago after a brief stint in Miami. He has starting experience (86 games over 10 years) and conceivably could hold down the fort in a pinch.

Between injuries holding him back and a Pro Football Focus grade of 39.3 that ranks him 66th among the 69 guards who qualify for the leader board, the 2019 season has not started as anyone would have liked. And while I won’t go as far as to suggest a reserve would out-perform Long on Sunday, it is tough to envision someone performing worse than a player who has been fighting recent injuries.