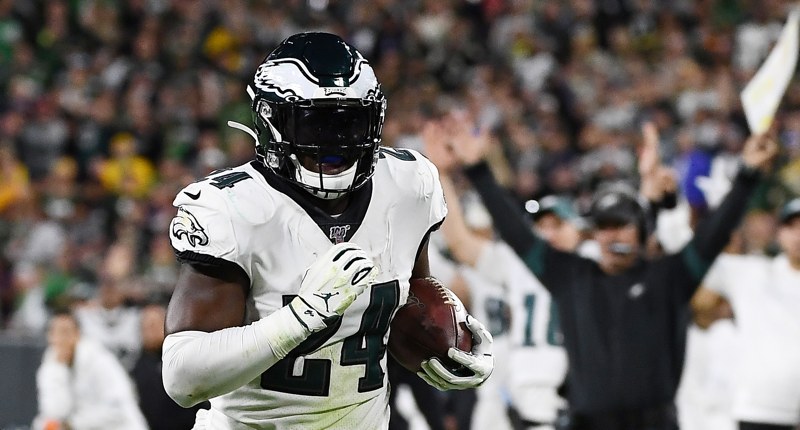 My foot injury is feeling a lot better now than it did earlier in the week, so I am looking forward to hitting the road and cutting a rug at my friend’s wedding on Saturday. Let’s get it!

GREEN BAY – “I was targeted, no doubt. I’m the guy nobody knows about.”

Craig James the unlikely hero in #Eagles’ dramatic win over the Packers.

My column on how the unknown CB saved the day moments after Avonte Maddox was wheeled off the field: https://t.co/1W7wrpVBEE

Due to the #Bears wearing their 1936 throwback uniforms, the #Vikings will wear their purple jerseys at Chicago for the 1st time ever on Sunday.

If #Vikings guard Josh Kline (concussion) is unable to play Sunday at Chicago, his streak would end of playing in 49 straight games. That's the longest current streak among NFL guards. Kline did not practice Wednesday and Thursday after being hurt Sunday against Oakland.

Montgomery on the blitz pick up . Love it ! pic.twitter.com/1dTQFwE1Cx

Where is the respect for Khalil?!

The Football Aftershow guys discuss in our @GreatClips Clip of the Week. pic.twitter.com/CGyEXrKq0E

I had no idea what concussion protocol was. So, I talked to some experts on the subject. Enlightening. https://t.co/VfkRnBybyl

“When or if ever I see you and a mutual friend of yours … I am going to KILL both of you," the letter reads. It arrived at the Bears' Lake Forest offices the day before a football game that saw the team lose 24-7 to the Washington Redskins. https://t.co/kpSM9DgQBo

Primary slot WR performance against the Packers this season:
(targ-rec-yds-TD)