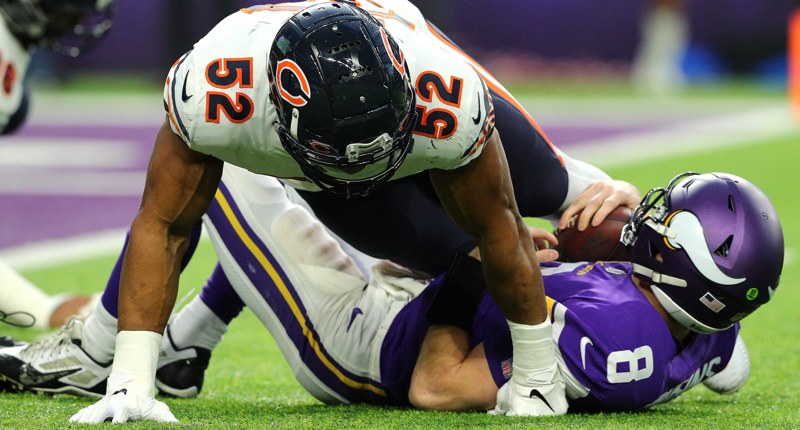 In returning to Carbondale for the first time in I don’t know how long, I was greeted with a bunch of flashbacks. I’m sure more will come to me while I’m out at a wedding this afternoon and evening. In the meantime, let us power through some Bullets.

Khalil Mack on facing on Dalvin Cook and the #Vikings rushing attack: “You know it’s going to be a physical battle. Pop ya Advils and get ready. It’s going down.” #Bears

The highlight of Halas Hall today …@JJStankevitz: “You’re a big basketball guy, does it still tickle you that LeBron James gives you shoutouts on Twitter?”

Tony Romo missed the 2-under cut after following his 70 on Thursday with a 78 on Friday at the Safeway Open. He had planned to skip Sunday’s NFL broadcast in Chicago between the Bears and Vikings if he had made the cut.