Despite Last Year's Cringe-Worthy Late Hit, There Is No Beef Between Mitch Trubisky and Harrison Smith
Search
Skip to content 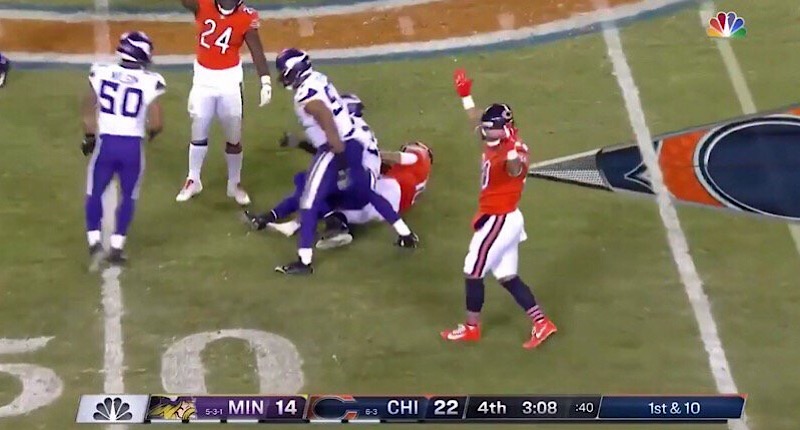 Harrison Smith does not have too many fans in Chicago, but at least it seems like he gets along with Mitch Trubisky.

#Vikings Harrison Smith said he’s on good terms with Mitchell Trubisky after a penalized/fined hit by Smith last November that led to the QB missing 2 games. “I saw him at the Pro Bowl. We hung out and talked. It’s part of the game. Things happen in the game. He’s a tough dude.’’

Chris Tomasson of the St. Paul Pioneer Press tweets that Smith and Trubisky are on good terms entering Sunday’s Bears-Vikings game. That’s good news, especially when you consider the injury Trubisky suffered at the hands of Smith last season.

During last year’s Bears-Vikings game at Soldier Field, Minnesota’s safety delivered a late hit that injured the throwing shoulder of Chicago quarterback Mitch Trubisky. And even though Trubisky finished out the win, he would be sidelined for the next two games and it took some time for him to get back into form. The Vikings don’t have the greatest reputation when it comes to late hits injuring quarterbacks, but Smith insists the hit wasn’t made with the intent to injure. That’s nice and all, but the league still found the hit to be worthy of a fine on top of the penalty that was doled out in-game.

Smith is someone the Bears should be concerned about stopping when they are on offense. He is a playmaker against the pass and run, and is capable of delivering hits that are hard enough to knock out a quarterback. Being aware of where Smith is at all times should be a priority for an offense that will need to score touchdowns and not rely on a kicker who is playing through an injury to his kicking leg.