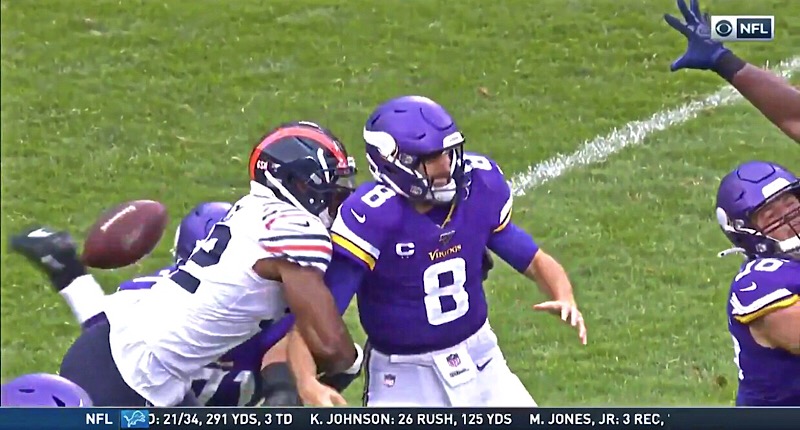 The Mack Strip Sack™️ is back, baby.

Mack just put the Vikings left tackle on skates, powered through, came up with the strip-sack combo move, and allowed Nick Williams to fall on the loose pigskin for the recovery. No wonder Mack was living rent free in Cousins’ head earlier in the week.

It would have been neat had the Bears forcing a turnover on the first play of the second half turned into six points. But getting another field goal from Eddy Piñeiro is better than nothing.

So long as the Bears are rolling with backup QB Chase Daniel under center, the defense will need to do a ton of work between now and the end of this game.