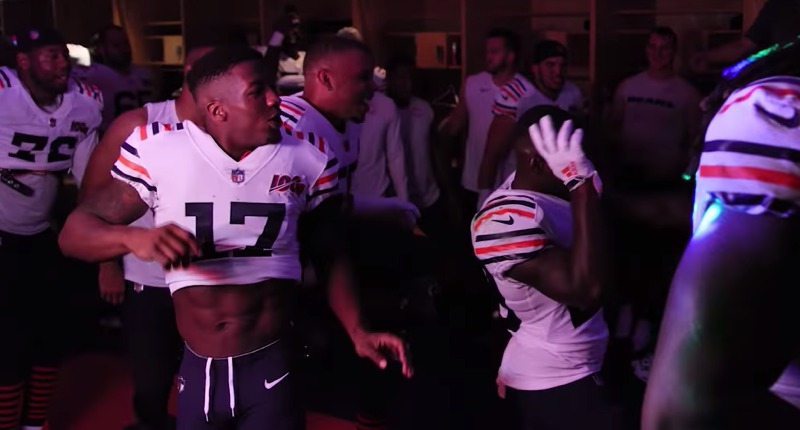 My Sunday got flipped on its ear when I forgot to take my allergy medicine before leaving the hotel I was staying at while away from home. So instead of watching the Bears while out with friends, I watched it from a comfortable couch sneezing to no end. You’d think I would have known better after spending six summers in the Southern Illinois region. Ah, well, nevertheless. We move forward.

Nagy on culture of Bears locker room: "We've got people that don't flinch when adversity strikes."

Anyone know if using an opposing running back as a weapon is against the rules? Asking for a couple Nicks. pic.twitter.com/vY0WW6ZGkw

Safety Ha Ha Clinton-Dix: "A couple of those guys over there in Minnesota got in the media and were talking a little too much. And a couple guys kind of pulled that up from the media. That put another chip on our shoulders to go out and shut them down, and we did that today." https://t.co/kKFw6nQD0k

Khalil Mack was thrilled with the way the Bears depth showed Sunday.

“We’ve got white Nick, black Nick. Oh man. … There are so many guys stepping in there and doing their job and doing it at a high level.”

I witnessed Brian Urlacher's entire career and got to watch Julius Peppers wreck shit for a few years.

And I still think Khalil Mack might be the best Bears defender of my lifetime.

Six catches now by @AllenRobinson, tying for the most in his career in a first half.

Mike Zimmer didn't go into detail about why he called a timeout at the end of the 2nd Q that led to a Bears 4th down conversion and eventual field goal but shoulders the 'blame' for it: "That was a bad mistake. That's my fault."

What a week. Great to see this story on ⁦@NFLonCBS⁩, even told incorrectly. (McCaskey brought it to the players.)

If you want to know the total history of the throwbacks, here is my piece on ⁦@WCGridiron⁩:https://t.co/XC1iYME6X3

Thanks all, and Bear Down! pic.twitter.com/2v74hJWdHW

CBS butchered nearly every fact about the 1936 throwbacks and the story around why they were chosen and why the Bears released their video. @NFLTNF can make amends when the Bears wear them Dec. 5 vs. the Cowboys. Please tell this story accurately.https://t.co/qvxzjL6av4