Mitch Trubisky is Going to London, But Chase Daniel Will Start at Quarterback Skip to content 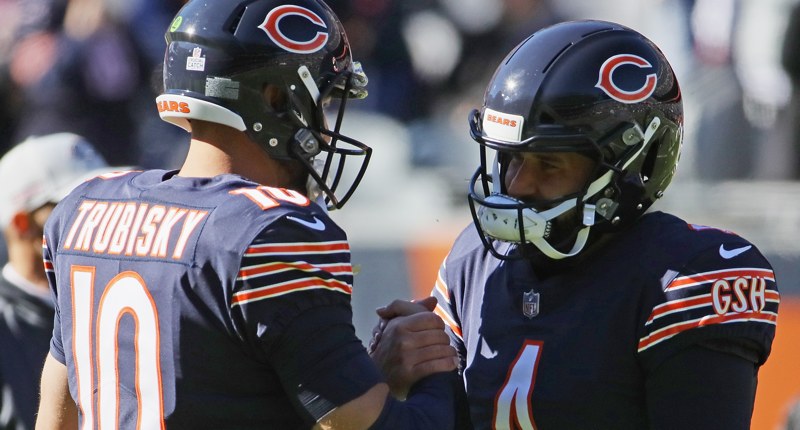 Bears Head Coach Matt Nagy offered an update regarding Mitch Trubisky’s status ahead of Sunday’s upcoming game against the Raiders.

Trubisky “most likely will miss” the Bears’ Week 5 matchup against the Raiders in London, but at least he will still make the trip across the pond.

The Bears’ starting quarterback suffered an injury to his non-throwing shoulder on the first drive of the Bears’ win against the Vikings, but does not need it to be surgically repaired before the end of the season. Nagy called Trubisky “day-to-day” as he recovers from the injury, while also sharing an optimistic appraisal of how things might look after the bye week that is coming up after Sunday’s game. That leaves Chase Daniel as the team’s QB1 for the time being, which is perfectly fine for now.

Daniel completed 22 of 30 passes for 195 yards, threw a touchdown pass, didn’t turn it over, and posted a 101.4 passer rating in relief of Trubisky. What Daniel lacks in athleticism and arm talent is made up in knowledge of the offensive system and a full understanding of where and when to give the ball to his playmakers. In a pinch, Daniel is a perfectly cromulent starter for when the team’s actual starter is out.

Chicago’s 53-man roster is full and there has yet to be any movement with practice squad quarterback Tyler Bray, who could conceivably be called up to the active roster before the team leaves for London. As things stand now, Trubisky is technically the back-up quarterback — which I imagine that would change between now and Sunday.