Roquan Smith Is Back At Practice (UPDATE: He's Playing in London!) Skip to content 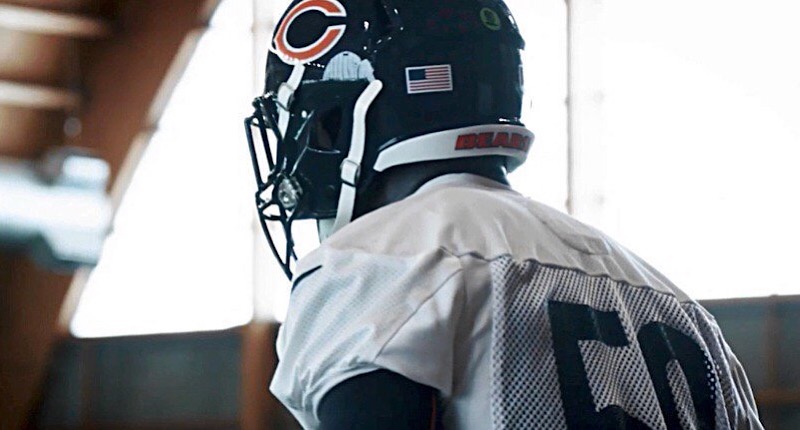 Bears linebacker Roquan Smith met with the media at Halas Hall for the first time since he sat out last Sunday’s game against the Vikings, and shared an update about his playing status for the Bears’ Week 5 showdown against the Raiders:

Roquan Smith says the personal issue is behind him, he’s focused on moving forward, excited to get back out on the practice field today and looking forward to playing in London.

Smith told reporters he is playing in London this week. And while he declined to offer specifics and details regarding the personal issue that kept him out of last week’s game, he didn’t really owe anyone anything he deemed to be a private matter (as we discussed earlier in Bullets). Smith added how he appreciated the support from the organization and teammates during this time, and sounds ready to get back onto the playing field.

I’m legitimately excited that Smith is preparing to play this week, and that whatever he was working through is behind him. Here’s to Smith’s issue being resolved for the better and him being in a good place moving forward.

The personal issue that kept Roquan Smith out of the Bears’ Week 4 win against the Vikings remains just that, but the second-year linebacker is apparently set to take a step toward to an eventual return to the playing field.

Nagy says that Roquan Smith will be a full-go in today's practice.

#Bears coach Matt Nagy says Roquan Smith will be a full go for practice today. "That definitely a good thing. I am going to keep going back to the personal thing."

Bears HC Matt Nagy: ILB Roquan Smith will fully participate in practice today. "We are happy that he will be full go today, and it will be more of a day-to-day thing for us."

Nagy declines to elaborate more than "personal issues," saying: "It's out of pure privacy."

Head Coach Matt Nagy told reporters at Halas Hall that Smith will be a full participant in Wednesday’s practice. This represents an encouraging development when it comes to Smith’s playing status moving forward. And while it would be a stretch to suggest Smith’s return to the lineup is imminent, getting back into the swing of things at practice counts as a positive step.

Smith was a late scratch prior to last Sunday’s game against the Vikings, with the team citing personal reasons as to why he was downgraded to doubtful before the game and ultimately placed on the list of game-day inactives. The Bears have yet to jump into why Smith (who watched the game from the sidelines in street clothes) sat out in Week 5. Nagy was elusive in declining to comment beyond referring to Smith’s absence as a personal issue, and teammates falling in line and keeping it close to the vest.

As for Smith’s playing status for this upcoming Sunday’s game against the Raiders, Nagy continued to be non-committal:

When I was a kid, hearing “we’ll see” from my mother meant the odds weren’t going to be in my favor. But because there is very little clarity in this situation and because Nagy is taking it day-to-day, we will continue to follow that path.