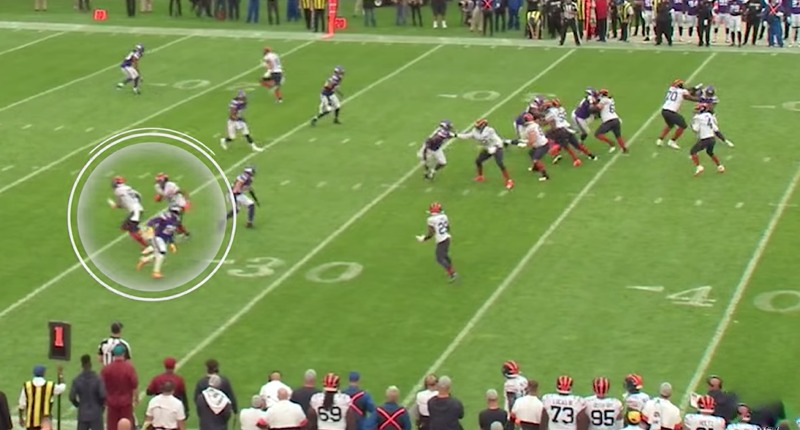 Chase Daniel has spent six years in some iteration of Matt Nagy’s offense, which makes him an ideal candidate to explain how his offense is supposed to work.

Better yet, Daniel has an innate ability to show what the offense is supposed to look like (even in a pinch). So let’s take some time and follow Bears analyst Tom Thayer in the film room to check out how Daniel gets it done.

Despite his physical limitations and journeyman status, the video above shows Daniel providing a glimpse of what Nagy’s offense *SHOULD* look like in Chicago.

Remember, Nagy made it a point to say there is no difference in the offense Daniel runs and the one Mitch Trubisky has the reins of when healthy. In fact, the only differences are that Daniel has far more experience in the system than Trubisky and clearly has more trust in its core concepts and principles to make the right plays.

Daniel does everything right from setting his feet, scanning the field, showing patience in the pocket and not panicking, breaking off a shoulder-fake that freezes defenders to create more space, and capitalizing on windows by making simple throws. And he does it seamlessly. Daniel’s complete trust in the system shows up when he is pressured, and rather than try to create something out of thin air, he remains patient and true as he delivers a pass. Daniel doing all of the little things ultimately added up to the Bears moving the chains enough to keep the defense off the field and limit the Vikings’ chance at drawing up a comeback.

The Bears didn’t light up the scoreboard under Daniel, but they didn’t have to in order to beat a Vikings team that appears to be coming apart at the seams. Because in the end, it all comes down to the little things. Now that Daniel has put it on tape, perhaps Trubisky can follow in those footsteps and get into a groove once he gets a clean bill of health.