Mic'd Up Receivers Hype, Why Mitch Is Still Going to London, and Other Bears Bullets Skip to content 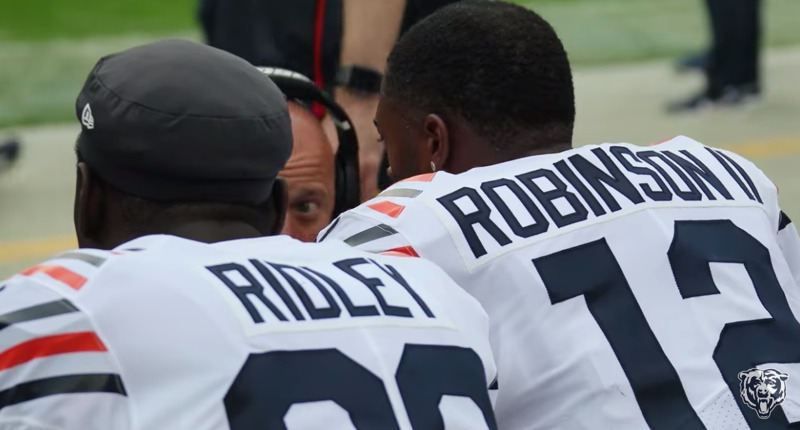 I had trouble sleeping last night with the lightning show going on outside my window. But when I did finally get to dream land, I had visions of what I’m going to do with the pork chops I currently have sitting in a brown sugar brine (Michael: This is pure poetry, Lu).

Here are the RBs who have the most rushing yards out of shotgun so far this season: #Browns #KeepPounding #ChiefsKingdom #Seahawks #RedSea #BoltUp #Colts #WeAreTexans #FlyEaglesFly @gregcosell | @MattBowen41 pic.twitter.com/rho2wbKJLO

Great question. Among other reasons, teams want their quarterbacks on the sideline (if possible) so they can listen in on the headset and help strategize. In Trubisky's case, it also helps him to get a firsthand look at what Daniel does. https://t.co/H8HZUjJWGO

Might be minor tweaks in Bears' defense with Chase Daniel as oppose to Trubisky at QB, Tahir Whitehead said, but that they're essentially "the same guy" in terms of how Chicago will run its offense. Andy Reid-style, RPOs, etc. #Raiders

The NFL shop in London is apparently predicting Khalil Mack will intercept a pass from Derek Carr while Derek Carr tries to tackle him pic.twitter.com/16KeCY4sxA

One thing I’ve noticed watching tape on Josh Jacobs is that he doesn’t always hold that football tight to his body. Something to watch Sunday as you know the #Bears defense will try to punch it out.

Cheers to the original WORKHORSE out there breakin' ankles & going OFF for 145 rushing yards the last time we played in London!@MattForte22 | #TBT pic.twitter.com/4qLKYGOhLg