The Bears Didn't Just Beat the Vikings, They Broke Their Spirit Skip to content 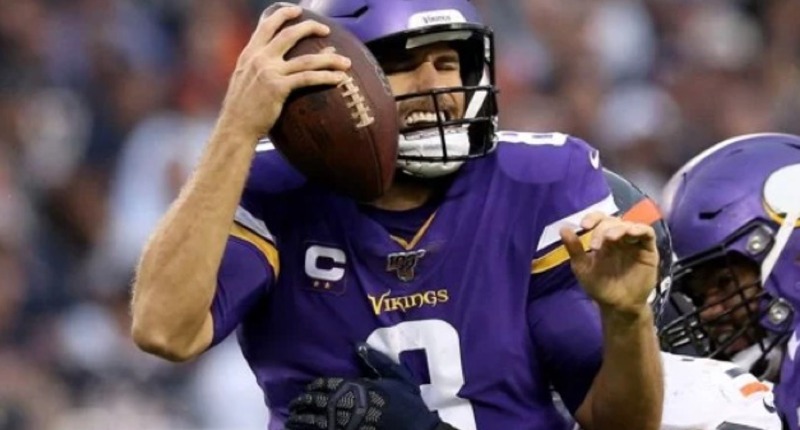 The Chicago Bears have bullied the Minnesota Vikings in each of their last three meetings.

Kirk Cousins tried to inspire the troops by claiming the Vikings were the reason last November’s game at Soldier Field was moved to prime time, only to get wrecked by Khalil Mack, Akiem Hicks, Eddie Jackson, and the rest of the Bears defense.

And when given a chance to exact revenge and clinch a playoff berth with a win in the season finale, the Vikings folded with ease against a Bears team that was playing for nothing. Fast forward to the 2019 season and you find a 2-1 Vikings team set to play a short-handed Bears squad coming off a short week. They had the best running game in football going for them and a depleted front seven that could have been ripe to pick apart. But in true Vikings fashion, they crumbled. And to think, that could just be the beginning.

Things appear to be falling apart in Minnesota since the Bears game ended.

Wide receiver Adam Thielen called out Cousins and thoroughly dunked on his own quarterback, which was followed by Cousins apologizing to Thielen on his radio show. No, seriously:

Cousins on his KFAN show, 1 “I really want to apologize to (Thielen) because there’s too many opportunities where we could have hit him on Sunday & post game when I talk to the media I always say ‘Hey until I watch the film it’s hard for me to really give you a straight answer…

From an analytical standpoint, things aren’t any better than what they are from a narrative standpoint. Through four games, Cousins’ 52.7 grade from Pro Football Focus is his worst over the last five years. It is the latest part in a growing trend that shows Cousins having just one game grade above 70 since Week 9 of the 2018 season. Their breakdown of Minnesota’s quarterbacking problem is as simple as this, via Sam Monson: “What we’re dealing with here is a descending spiral in which Kirk Cousins is being put into unfavorable situations by Kirk Cousins, only to find himself unable to dig his way out of the hole he created in the first place.”

Oh, and it’s not getting better any time soon. Because Cousins’ other top target, Pro Bowl receiver Stefon Diggs, doesn’t appear to be happy with the way things are going, either:

The #Vikings listed WR Stefon Diggs as having missed practice today for non-injury reasons. No other explanation yet available.

On #Vikings WR Stefon Diggs: His frustration with the organization has been palpable. He was not at practice yesterday for non-injury reasons. Teammates are left wondering if he wants to be there. The team is adamant he is not available for a trade, barring some massive deal.

Stefon Diggs was asked what he meant when he said "There's truth to all rumors."
Diggs: “I feel like there’s truth to all rumors regardless whether it is good or bad. There’s always some truth to it. I’ve heard a lot of things circulating. I can’t say what’s real and what’s not."

In summary, the Vikings have: a quarterback who is making messes he can’t clean up, a receiver who openly questioned said quarterback’s ability to throw the ball downfield, and another receiver who didn’t deny rumors he wants out.

Oof. It’s a bad time to be a Vikings fan right now.