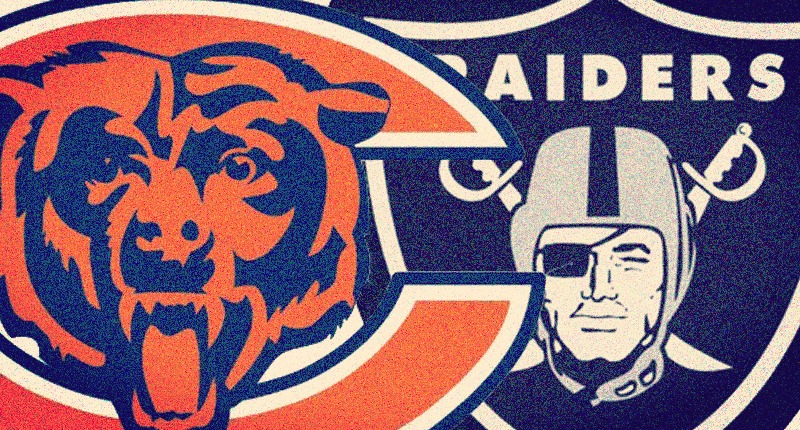 Khalil Mack doesn’t pick up a strip-sack-takeaway on every snap, but it feels that way sometimes.

I’m not sure if there is anything left to say about Mack that hasn’t already been said – the guy has exceeded all of his ridiculously high expectations since arriving in Chicago.

Mack has 17 sacks, 10 forced fumbles, 12 tackles-for-loss, and 22 quarterback hits in 18 games, but that only scratches the surface of what he brings to the table for the Bears. Opposing offenses have to game-plan to send multiple blockers in his direction, then account for other Pro Bowl caliber players within the front seven and a trio of Pro Bowl defensive backs in the secondary. There is a good chance he is already in your quarterback’s head before the game even begins.

Now imagine trading that player away to show the league who the new sheriff is in town. I can’t.

The Westgate SuperBook in Las Vegas lists the Bears as 5.5-point favorites with an over/under set at 40.5. And for the second consecutive week, the projected point total is the second lowest total on the board for this week’s slate of NFL games. For what it’s worth, the UNDER has come in for three of the Bears’ four games this year — and that’s a tough trend to ignore.

Chicago and Oakland each have seven wins in this head-to-head matchup. It’s time to break the tie!

Bears Offense: Chase Daniel provides a glimpse of what the Bears’ offense is supposed to look like because he knows where to go with the ball, then makes quick and accurate throws. The Raiders have snagged just one interception and have allowed multiple touchdown passes in two of their last three games. Eat up, Chase. It’s your time to shine.

REVENGE SZN: Khalil Mack Is Going All the Way to London to Destroy the Raidershttps://t.co/J8NdLlVhp5

Raiders Offense: Darren Waller could be Oakland’s biggest pass-catching threat on offense, especially if wide receiver Tyrell Williams (foot) can’t give it a go. Waller racked up 134 yards on 13 catches two weeks ago against the Vikings and has been targeted at least seven times in each of the Raiders’ four games. At 6-foot-6 and 255 pounds, Waller is a tough cover for linebackers and safeties alike.

Raiders Defense: Clelin Ferrell is a rookie who got off to a strong start (1 sack, 1 tackle-for-loss, 2 quarterback hits) in his debut, but has no sacks, 1 tackle-for-loss, and no quarterback hits in the three games that have followed. The Raiders drafted Ferrell with the fourth overall pick in the 2019 NFL Draft to bring life to a pass-rush that hasn’t much of it since Khalil Mack was traded. But Ferrell is working through concussion protocol, which leaves his game-time status in doubt.