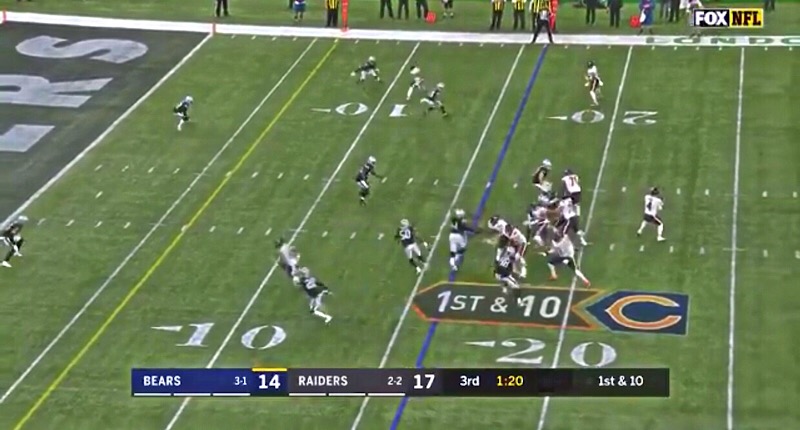 The Allen Robinson II Show is the hottest thing going in London.

Check our the latest episode:

Quite the turn of events!

Robinson’s second touchdown of the third quarter gave the Bears their first lead of the game. But it might not have happened had it not been for this awesome return by Tarik Cohen:

Chicago hitting the comeback trail hard after an unforced error by Oakland put the thing in motion, but Bears still have work to do to complete it. There is new life on the Bears sideline, but there is a whole fourth quarter to be played.