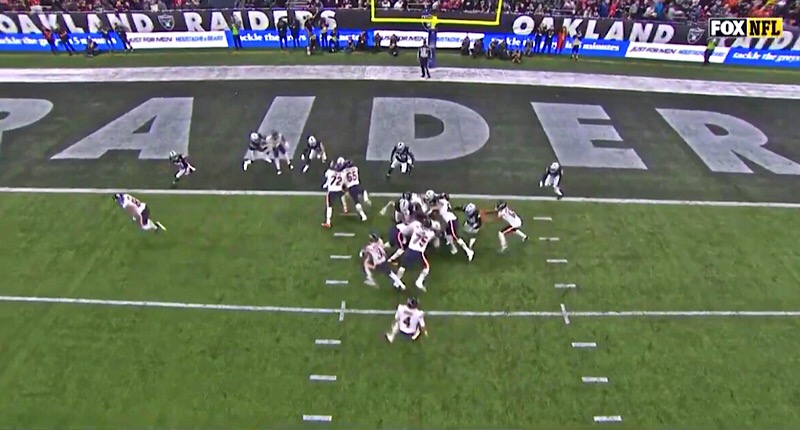 The Bears played an awful first half of football, then came out flat to start the second half.

And then the Raiders handed the Bears a gift:

The play that made the score possible.

Even Chicago’s struggling offense could easily take advantage, thanks to David Montgomery:

Montgomery punched in a 1-yard touchdown run to cut the Bears’ deficit to 17-7. They still have a bunch of work to do in order to complete the comeback, but they are on a better path than they were prior to the Josh Jacobs turnover.