You Can't Get Bullied/Pushed Around, Then Expect to Win (And Other Bears Bullets) Skip to content 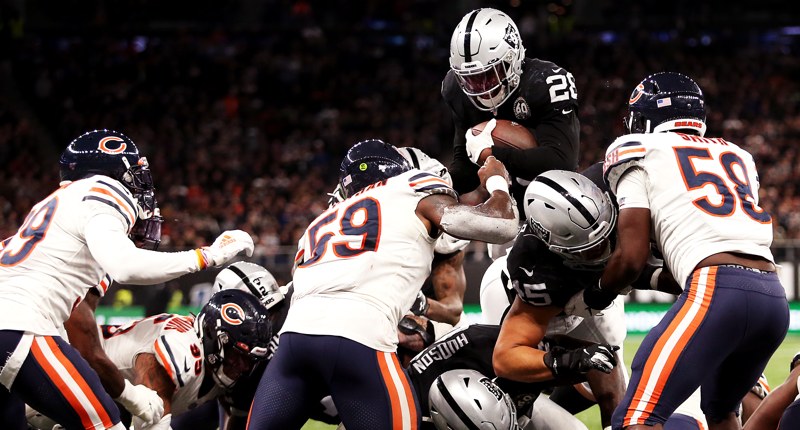 The Cubs are looking for a new manager. The Bulls are set to embark on a basketball journey in search of their first postseason appearance since 2017. The Bears are on the look-out for anyone who can hold a block long enough to spring a ball carrier without drawing a penalty.

We’ve got some searching to do here at BN. Wish us luck.

Bears RB Tarik Cohen: “It’s frustrating because they didn’t do anything exceptional for them to win that game. We feel like it was just all on us.”

Per @NextGenStats, Benson Mayowa had 8 pressures on 24 pass rushes vs the Bears.@Benny_b0y10 had twice as many pressures in this game as any other @Raiders defender had in a game in the past 2 seasons.#CHIvsOAK | #RaidersNation

"On the Run" pass attempts are attempts when the QB is traveling 8+ MPH at pass forward. https://t.co/FZzLhMbaaU

The Colts beat Patrick Mahomes and the Chiefs because this wasn’t a beauty contest. This was a football game, and the Colts are just brutal enough to beat anybody. https://t.co/veihvdLZif

Their HC shockingly withdrew from his new job in 2018.

Their QB shockingly retired in the 2019 preseason.

With a new coach, a new QB & the most injured roster in the NFL, the Colts sit 1st place in the AFCS after a huge road upset.

No excuses. The obstacle is the way, indeed.

Today the Eagles became the first team in NFL history with 10 or more sacks and two defensive touchdowns in a single game. Thorough domination.