Could Bears Turn to Undrafted Rookie Alex Bars to Bolster Their Offensive Line? Skip to content 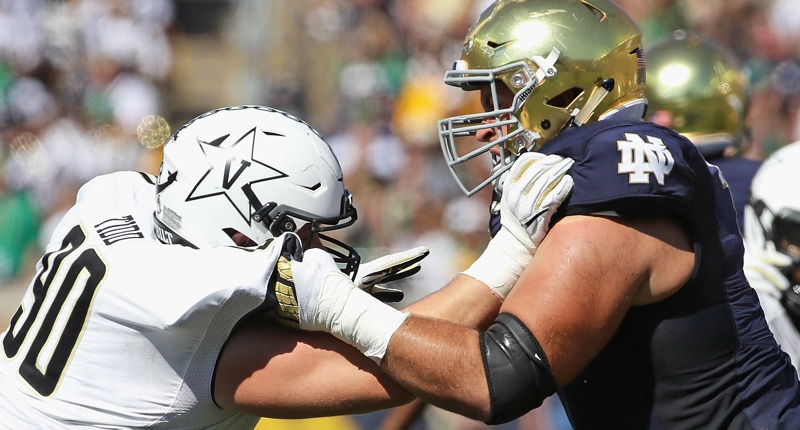 An undrafted free agent turning down an opportunity to join an undefeated Patriots team that is currently looking like a mortal lock to win another Lombardi trophy under the guidance of Bill Belichick and Tom Brady isn’t something you expect to read at any point … but it happened.

Alex Bars is currently toiling on the Bears’ practice squad, but Brad Biggs of the Chicago Tribune reports that the Patriots gave him an offer to sign onto their 53-man roster. And in what might be a surprise to some, Bars said thanks, but no thanks. Turning down the defending Super Bowl champs and an opportunity to take a spot on a contending roster doesn’t seem like the wisest idea, but Bars reportedly received a pay bump to the rookie minimum of $495,000 (up from the practice-squad minimum of $136,000). And while my gut tells me to always follow the money, there might be more to this than a few more dollars.

Maybe Bars knows something we don’t about what could be cooking at Halas Hall. Or maybe he has a ridiculous amount of loyalty to Harry Hiestand, his position coach at Notre Dame who serves in the same capacity in Chicago. Heck, it could be a combination of both. Let’s talk through this for a moment.

The Bears’ offensive line issues are well known at this point. That group is struggling to clear holes for running backs and hasn’t done a great job in pass protection in the first five games of the season. Struggles at the line of scrimmage led Head Coach Matt Nagy to hint that changes could be coming after some self-assessment during the bye week. Some of those changes could come along the offensive line, which could be reason enough for Bars to decline a chance to take his talents to New England. This is where Bars could fit in should the team call him up from the practice squad.

Bars had a unique prospect pedigree even before he stood out for the right reasons in training camp and throughout the preseason. His best work emerged late in the summer when he showed an ability to play guard and tackle during preseason games. That versatility could turn out to be important if he found his way onto the active roster. Should an offensive line shuffle be on the horizon, Bars would technically be the next-man-up after the next-man up. And if he was added to the active roster, Bars could step up in a pinch to fill in at guard or tackle, which have both been trouble spots for the Bears in the first five games.

Some things need to happen on the depth chart before the Bears turn to Bars to help a woebegone offensive line. But between their show of faith by giving Bars a pay raise and Nagy’s cryptic remarks regarding fixing what is broken, Bars’ time could be coming sooner, rather than later.