Bears Release Tyler Bray, Which Could Be Good News for Mitch Trubisky Skip to content 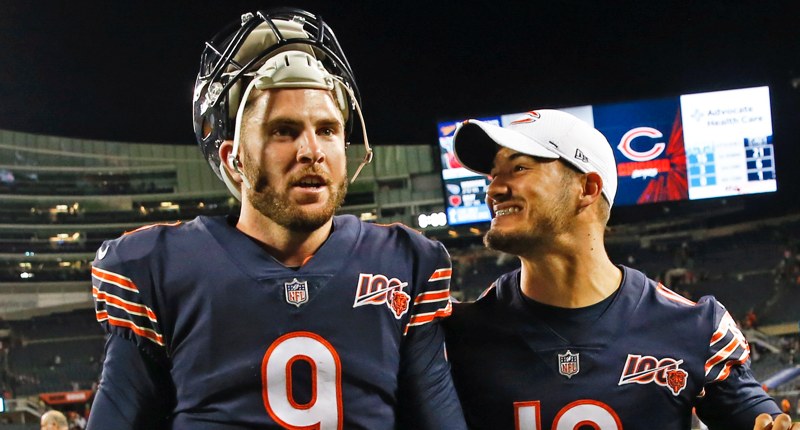 Tyler Bray’s return to the Bears’ active roster was short-lived.

The Bears announced a roster move on Wednesday, releasing Bray and re-signing tight end Bradley Sowell to fill the vacant roster spot. Bray now has two stints on the Bears’ active roster and has no passes thrown to show for it. At this point, it might be safe to assume that Bray will return to the practice squad once he clears waivers and will not be back with the team until it needs an emergency quarterback. At which point, poor Bradley Sowell will be released again.

Or maybe they won’t need Bray at all once Eli Manning waives his no-trade protection to join Chicago.

All jokes aside, Bray’s removal from the roster could be perceived as a sign that Mitch Trubisky’s return could soon be on the horizon.

Trubisky suffered an injury to his non-throwing shoulder on the first drive of the Bears’ Week 4 win against the Vikings. He never returned to the game, then missed the team’s Week 5 loss against the Raiders in London. Trubisky’s absence led the Bears to promote Bray to the active roster to serve as Chase Daniel’s backup last week. But with Bray gone, the next logical step is that Trubisky is lining up a return to the field on October 20 against the Saints after the bye week comes and goes.

Bears Head Coach Matt Nagy shared a glimmer of optimism that Trubisky would be back after the bye. And if that happens, Trubisky would have been sidelined for 20 days — the same amount of time he was out when he suffered an injured throwing shoulder last November (also against the Vikings). We’ll keep tabs on Trubisky’s status, or if anything out of the ordinary happens on the quarterbacking front.