Do the Bears Need to Make A Tough Decision on Kyle Long? Skip to content 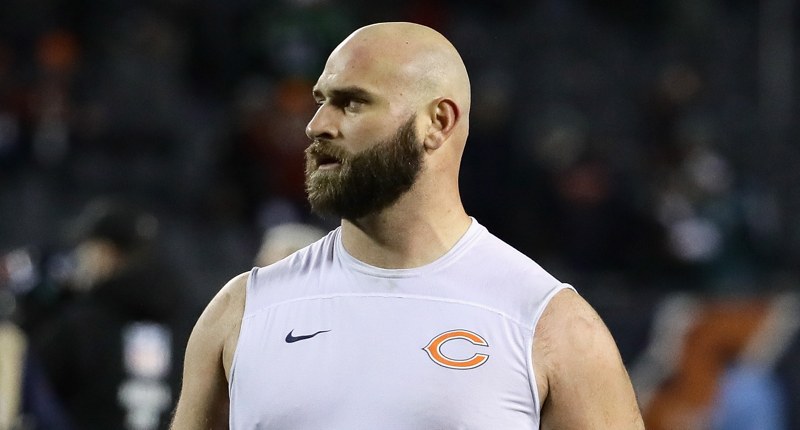 The struggle is real for the Bears offensive line, and no one embodies the problems at the line of scrimmage as much as right guard Kyle Long.

Long, who’s playing through the roughest stretch of his career, bottomed-out as the lowest-graded player on the Bears’ offense in Week 5, according to Pro Football Focus’ analytics. It is the latest blow in the three-time Pro Bowl lineman’s rough season, one in which PFF has graded him as the sixth worst offensive guard in football. As the Bears approach the bye, Long is viewed as a (if not, the) weak link on an already struggling offensive line. Indeed, things are so bad for Long right now, the idea of moving on from him isn’t as far-fetched as it would have been when the season started.

Check out what retired center-turned-analyst Olin Kreutz had to say about Long:

Despite being a big fan of Kyle Long, @olin_kreutz thinks it's time for the #Bears to take a long look at perhaps other options at guard: https://t.co/Xy35tQixYu#FootballAftershow pic.twitter.com/mGMZMgjaHQ

Despite admitting to be a fan of Long’s work, Kreutz did not hold back in his criticism of the experienced lineman. He openly wondered if he can physically hold up or if he needs time off, a stint on injured reserve, or to be benched in favor of Rashaad Coward (a backup in just his second year as an offensive lineman). In essence, Kreutz is wondering if – between the hip injury being the latest in a mounting pile of physical setbacks and objectively poor play – Long is at the end of the road.

It’s tough to watch Long struggle as he has in 2019, because it wasn’t that long ago when he was an anchor on the offensive line. Watching a perennial Pro Bowler in the declining phase of his career is rough, especially since it is coming during a stretch when a competitive team needs him the most. And to add insult to injury, it’s coming at a time that Long has surely been waiting for since arriving in the NFL (Long gutted it out as a top lineman during some of the Bears’ darkest years, so I imagine it hurts twice as bad to not play well during the team’s long-awaited competitive window).

Of course, there’s no easy answer to fixing the offensive line. Because even if Long is benched or stashed on IR until his injuries heal up, there are no guarantees that his replacement is enough of an upgrade to make the rest of the line better.

Because even if the right guard spot is better, the team still has issues with Charles Leno Jr. and his penalty woes, not to mention the uninspiring play that has come since James Daniels and Cody Whitehair executed an offseason position swap. But at the end of the day, something is broken on the offensive line and it needs to be repaired. Unfortunately, a player who was once the most reliable force on the line is now its biggest question-mark.