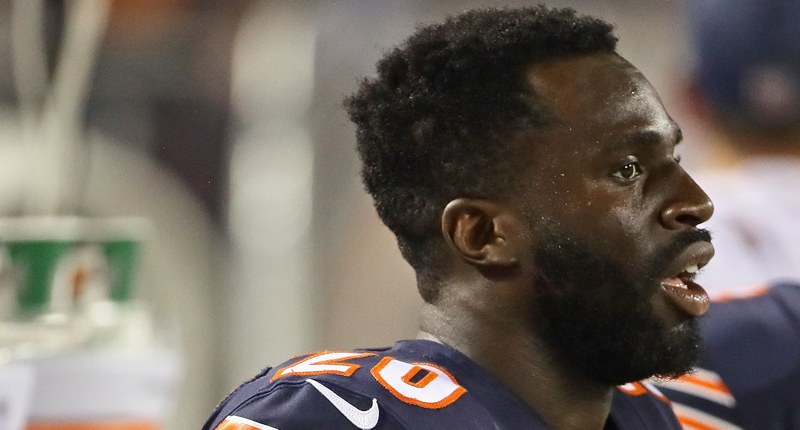 Ben Linsey of Pro Football Focus ranks the 25 best cornerbacks through five weeks of the NFL season, and the Bears are represented with a top performer … it’s just not the guy you would’ve expected.

Prince Amukamara checks in at No. 15 on PFF’s list of top 25 cornerbacks at this point of the season. DUDE! That’s high praise for Amukamara, who’s off to a strong start in a secondary deemed to be a strength of Chicago’s defense and one of the better units in the league.

During a bye week where there’s been a focus on what’s broken on the Bears, Amukamara’s inclusion among the league’s best cornerbacks (ahead of teammate Kyle Fuller, no less) is a reminder that everything isn’t falling apart in Chicago. Not yet. So good on him.

Indeed, Amukamara has been the Bears’ top coverage corner, earning a 73.6 coverage grade from PFF that ranks 20th among the 105 cornerbacks who qualify for the leaderboard. That’s solid, sure, but it’s more impressive that Amukamara has yet to come up with an interception and has not been credited with a pass defended through five games. That means Amukamara is really doing a number on receivers as a cover corner to get such a high grade in his 228 coverage snaps (7th most in the NFL).

A strong start to the 2019 season for Amukamara served as a reminder that he was a pretty solid contributor in 2018, too. If you’ll recall, Amukamara was one of several Bears defenders who made PFF’s list of 101 best players. Amukamara’s 81.0 overall grade was a career best as he limited opposing passers to an 81.9 passer rating when targeted, while also chipping in with a robust 90.5 grade as a run defender.

Considering that he turned 30 earlier this year, Amukamara was probably a prime target to be a regression candidate on a defense that many expected to take a major step back after a spectacular 2018 season. But it hasn’t yet, thanks in part to Amukamara’s presence at corner. Should he keep this roll going, it would be much appreciated as the Bears prepare to take on the likes of Michael Thomas, Keenan Allen, Mike Williams, Alshon Jeffery, DeSean Jackson, Kenny Golladay, and Cooper Kupp (among others) over the next five games.

Use the bye week wisely, Prince. It won’t get any easier from here.