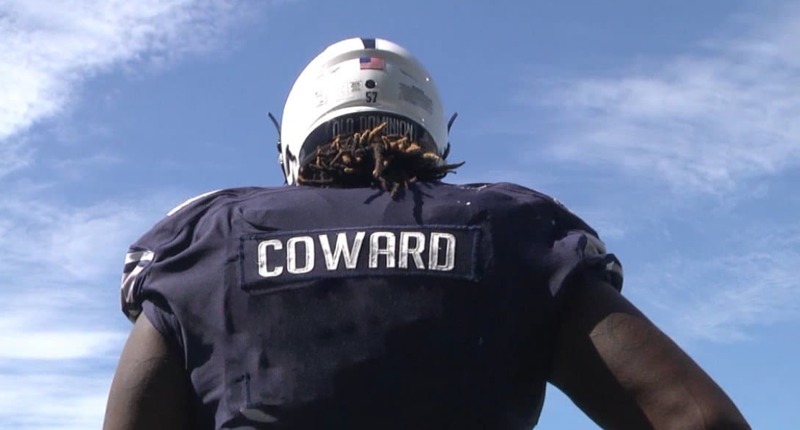 Someone other than Kyle Long will be manning the right guard position for the Bears when they face the Saints on Sunday, but who gets the final nod will be determined after this week’s practice.

Meet the first contestant in the race to run down a starting spot:

Rashaad Coward says he practiced with the 1's today filling in at right guard for Kyle Long. #Bears

Rashaad Coward told reporters he practiced with the first-string offense as the right guard, which might be viewed as an unexpected development by some, despite generally being a logical first step.

Ted Larsen was probably the player most expected to get the call at starting right guard. And while he did actually return to practice today for the first time since suffering a knee injury 15 days ago, Larsen simply might not be ready for a starting role yet. And that injury is where/how Coward fits in – remember, it was Coward who filled in for 30 snaps in Week 4 against the Vikings after Larsen went out with a knee injury, himself taking over for an injured Kyle Long.

In his stint at right guard against a pretty stout defensive line, Coward held his own, played with an edge in the running game, and earned an 83.3 pass-blocking grade from Pro Football Focus. So despite being listed as the backup right tackle on the team’s depth chart, turning to Coward and giving him the first crack at Long’s spot in the starting lineup is sensible. As we’ve discussed, the offensive line entered the bye week broken, so tossing in a young player who plays with power, energy, and edge isn’t some off-the-wall idea.

At a minimum, getting Coward working against the Bears’ first-string defense allows for a trial-by-fire experiment without throwing him to the wolves in a game situation.

That said, it will conclude a heckuva journey if Coward makes the jump into the starting lineup. After all, he signed as an undrafted free agent in 2017 (as a nose tackle), but moved over to the other side of the line of scrimmage upon Head Coach Matt Nagy’s arrival in 2018. Since then, Coward has been developing as a right tackle and has received a ton of snaps at the position during each of the last two preseasons. There were times when Coward looked rough around the edges during the preseason, but playing in the phone booth between center Cody Whitehair and right tackle Bobby Massie could maximize his ability to use power in a confined space to clear running room and in pass protection.

But let’s see how practices shake out before we pencil in Coward as the man at right guard in Week 7.