Miller Cuts Loose, Nagy Doesn't Want to Be an Idiot, A-Rob Catches Everything, and Other Bears Bullets Skip to content 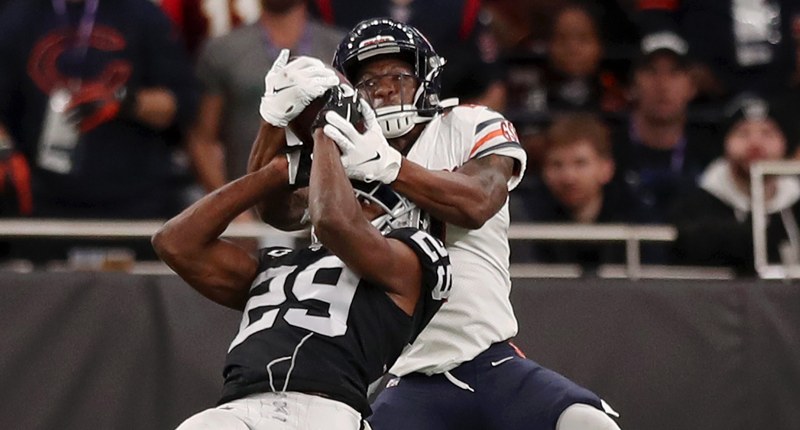 Don’t ask how we knocked out a new episode of Talkin’ Toros while I was sick, just know that we did (and that’s all that matters).

After Anthony Miller dropped a third-down pass early in the third quarter against the Raiders in London, the Bears wide receiver showed his frustration by slamming his helmet. It turns out that wasn’t the only piece of equipment that was a casualty. https://t.co/mAMNHkVRl3

QBs like to have a go-to receiver they can always count on. Here are the WRs with the highest reception rate per route.#Saints #DallasCowboys #LARams #WeAreTexans #GoBucs #FlyEaglesFly #InBrotherhood #Skol #Bears100 #GoBills @gregcosell | @MattBowen41 pic.twitter.com/ShhQLgtIFW

Matt Nagy on it he’ll limit Trubisky from running with his shoulder injury: “His legs are a huge weapon for us. So I’m an idiot if I take his legs away.”