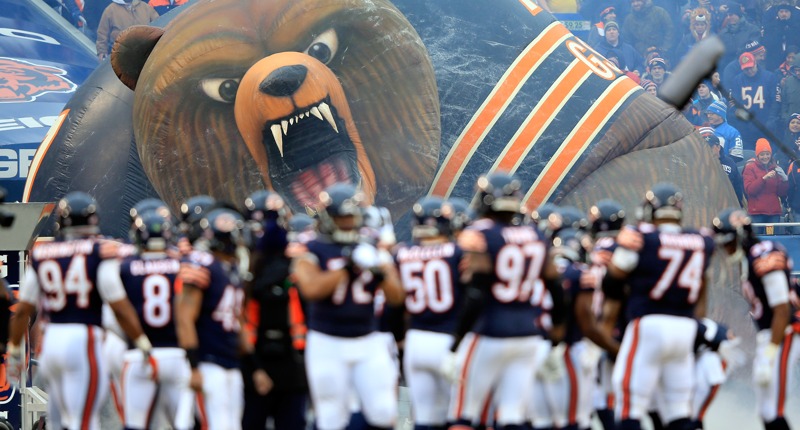 En route to winning the NFC North last year, one Bears-centric story line we pounded throughout the season was the very real and obvious culture change.

And while that can mean a lot of different things to different people, one thing’s for sure: it isn’t just about strobe lights, pounding bass, Club Dub, gadget plays, hype videos, and team celebrations.

On this, Bars said: "I felt like the opportunity here in this franchise was greater." He's now on the #Bears' active roster.

Bars confirmed a report that he turned down an offer to leave the Bears practice squad to join the Patriots. It was a curious decision, to be sure. I imagine turning down a spot on the 53-man roster of the defending Super Bowl champions, who also happen to be the odds-on favorites to win this year and have one of football’s most renowned offensive line coaches wasn’t easy.

We discussed Bars’ choice last week, with this snippet being the most interesting: “Maybe Bars knows something we don’t about what could be cooking at Halas Hall. Or maybe he has a ridiculous amount of loyalty to Harry Hiestand, his position coach at Notre Dame who serves in the same capacity in Chicago. Heck, it could be a combination of both.”

And as fate would have it, Bars said he felt the best opportunity for him was with the Bears — a franchise that employs his college position coach and one whose offensive line is in flux (which could lead to him getting an opportunity to crack the starting lineup at some point in the near future).

This is what real, tangible culture change looks like: guys wanting to play for your team because you are doing right as an organization based on the people within the walls of your building. When players are turning down chances to leave the practice squad to stick around, odds are your organization is doing something well. And yes, Bars’ connection with Offensive Line Coach Harry Hiestand helps tremendously. But that also goes a long way toward saying that the team made a good hire.

None of this is to say Bars is going to become some sort of star lineman. But it stands out that he wanted to stay awhile. Now make it worth your while, kid.