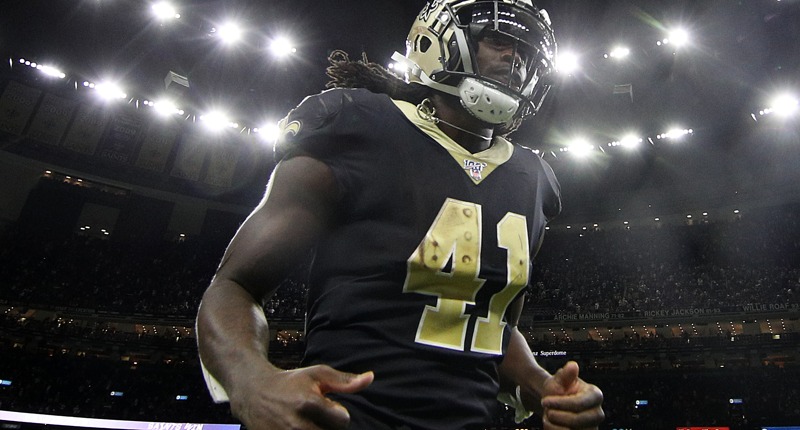 The New Orleans Saints were already going to be without quarterback Drew Brees when they traveled to Soldier Field to take on the Chicago Bears in Week 7. But news just came across the wire that the Saints will be without another star playmaker, too.

Saints running back Alvin Kamara has been ruled OUT for Sunday’s game against the Bears. Kamara was held out of practice throughout the week while dealing with a banged up knee and an ankle issue. Clearly, the knee/ankle problems are bad enough to keep him off the playing field on Sunday.

This is a major development for both sides of the ball. Obviously, playing without Kamara won’t be the same for a Saints offense already operating without its starting quarterback. But news of Kamara being out is important for a Bears defense that just coughed up a 100-yard, multi-score game to Josh Jacobs the last time it took the field. And while Kamara’s backup Latavius Murray still has some juice, he isn’t anywhere near Kamara’s level.

Of course, the Bears are going to be dealing with their own issues. Pro Bowl defensive end Akiem Hicks is out for at least the next eight weeks, and second-year starter Bilal Nichols was downgraded from being a full-participant in practice to limited. Nichols hasn’t played since suffering a broken hand in Week 2, but could play with a club on his had (much like Leonard Floyd last season).

Starting tight end Jared Cook will also be out of action, tweets Katherine Terrell of The Athletic. That is quite a pile of offensive weapons that won’t be active against the Bears on Sunday. And while it would be wrong to overlook a battered opponent, the Bears are licking their own wounds entering Week 7. This one could come down to who can win a battle of attrition.