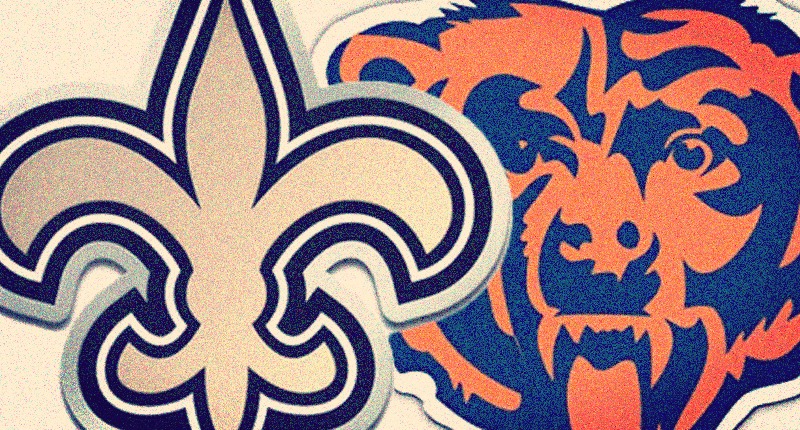 The Bears are back from the bye (get it now?) and they should be hungry after tasting bitter defeat in London. Nothing like rallying back from a double-digit deficit, only to lose because your trusted defense allowed a 97-yard game-winning touchdown drive. Why, yes, I will take a scoop of vanilla bean ice cream to go with my slice of humble pie.

Taking down the Saints won’t be an easy task. New Orleans is 5-1 and on a roll despite needing to start Teddy Bridgewater in Drew Brees’ absence. This is where I should write something about how the Bears could be catching the Saints at the right time (Alvin Kamara is also out for this Sunday), but that thought also crossed my mind when the Bears played the Raiders without top receiver Tyrell Williams and defensive end Clellin Ferrell, so … nope. Not gonna do it this time.

This isn’t a must-win game for Chicago – there’ll still be 10 games remaining in the regular season after this one. But still … this feels like a game the Bears have to win in order to re-establish themselves as a playoff contender. Beating a team when its Hall of Fame quarterback and Pro Bowl running back are both sidelined would make for a good start.

The Westgate SuperBook in Las Vegas lists the Bears as 3.5-point favorites with an over/under set at 38. And in what is growing trend, the Bears are involved in a game that oddsmakers believe will be a low-scoring affair. Not only is the 38-point total the lowest on the board, it is the only one that comes in below the 40-point threshold.

The Bears trail the all-time season series 13-15, but are 2-0 in postseason games. Winning ’em when it counts the most makes you forget those regular season defeats.

Bears Offense: Taylor Gabriel is back from injury and is likely to have Eli Apple working opposite of him. Apple didn’t live up to the expectations of being the No. 10 pick in the 2016 NFL Draft, but his 75.4 grade from Pro Football Focus makes him the site’s 17th-highest-graded cornerback. But still … a Gabriel-Apple  matchup seems more favorable than force-feeding Allen Robinson II when he is being covered by Pro Bowler Marshon Lattimore.

Bears Defense: Leonard Floyd hasn’t picked up a sack since Week 1 against the Packers. In case you’re not keeping count at home, that is 44 days and counting. Floyd ranks 45th among PFF’s 103 qualifying edge defenders, but having 0 sacks, 0 tackles for loss, and 1 quarterback hit in the last four games leaves a lot to be desired.

Saints Offense: Michael Thomas is a star. The two-time Pro Bowler and 2018 first-team All-Pro is leading the league with 53 catches and is on pace for a 141-catch, 1,685-yard, 8-touchdown season. Based on where Thomas lines up most often, Prince Amukamara will likely get the most looks at him this Sunday. Good luck with that, Prince!

Saints Defense: Marshon Lattimore was one of the handful of prospects we gave an extended look leading up to the 2017 NFL Draft. Lattimore, regarded as his class’ top-ranked cornerback prospect, was often mocked to the Bears with the third pick, and the team even hosted him on an official visit in April. Considering their need for a legitimate shutdown corner and the fact that they were led by a defensive-minded head coach, a small part of me is still surprised the Bears didn’t take someone like Lattimore.