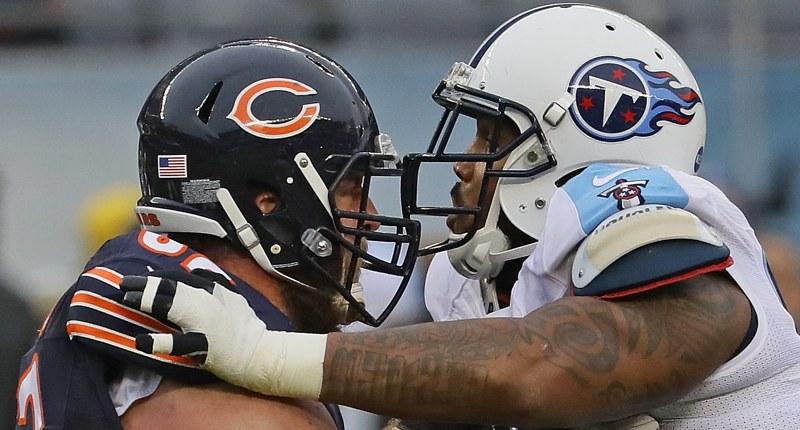 In fact, Nagy could go to a familiar tactic on Sunday:

The Bears opened eyes when they shuffled veteran Eric Kush and rookie James Daniels at the left guard spot last season. In search of the ideal line combination, Nagy rotated Kush and Daniels, allowing his rookie time to develop by placing him in real-time game situations, but also keeping the experienced Kush in play to mix it up a little. The rotation worked well enough last year, with Daniels ultimately getting the full-time gig. Seeing that things went well last season, Nagy could employ the same strategy starting this weekend.

Rashaad Coward is positioned to start Sunday’s game against the Saints. The third-year player is only in his second season as an offensive lineman and has just 30 snaps under his belt at the position. But because he held his own against the Vikings in Week 4, Coward appears to have the upper-hand (especially after practicing with the first-team offense all week). But let’s not forget that it was Ted Larsen who started in Week 4 for Long, who was nursing a hip injury at the time. Larsen was limited in practice throughout the week while recovering from a knee injury suffered in Week 4, one which was serious enough to keep him from traveling to London for the team’s Week 5 defeat against the Raiders.

The road to finding out which offensive lineman should get full-time share of snaps at right guard begins on Sunday. Coward has youth, energy, power, upside, and an edge to his game that might give him a leg up in the long run. But with youth comes inexperience, which is something opposing defenses will try to exploit whenever he is in the game. On the other hand, Larsen is a polished and experienced lineman whose presence provides somewhat of a high floor. The Bears should know what they’re getting out of Larsen on any given Sunday, and there is something valuable about a known commodity.

Who the Bears’ long-term answer at the position might not be known for a while. But at least they are on their way to finding a solution, even if it is in an outside-of-the-box way.