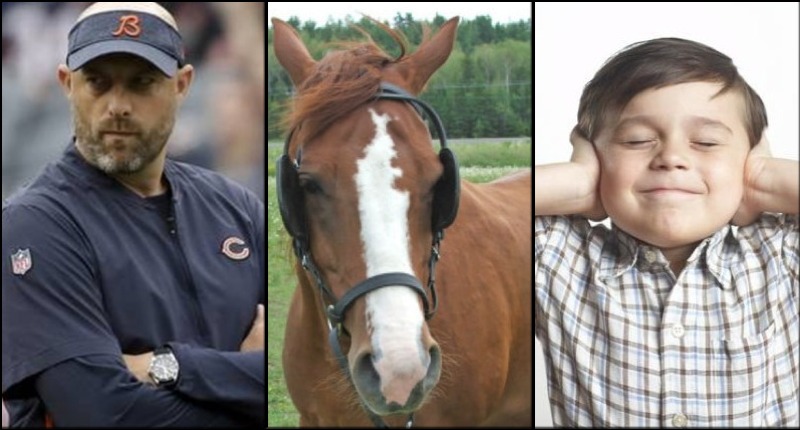 There was a bunch of stuff worth noting in Matt Nagy’s post-loss press conference on Sunday, but a quip about the media garnered as much attention as his thoughts about running the ball or his trust in Mitch Trubisky.

Matt Nagy lectures the media about negativity. Says he’s telling players “horse blinders and earmuffs,” meaning you ignore all the negativity from the outside. Says he will not allow the media to divide the team.

At face value and with no context, this was cringe-worthy commentary from Nagy. Because as someone who worked at several newspapers over the years, I can say — with confidence — that the media doesn’t want to divide a team. The media wants to cover something interesting. Like an offense that scores points when it matters (and not in garbage time), a defense that picks up the slack for injured teammates, or a special teams unit that doesn’t allow rushers unabated to the punter twice. Good writers root for stories, not teams.

But still … the message expressed via the tweet bugged me enough to re-watch Nagy’s press conference in search of context. Here is an expanded answer from the Bears head coach.

“One thing, as Negative Nellie as this will be at 3-3, for us right now, I get it. And I’m the one that’s going to have to answer to you all the time about the negativity of everything that’s going on. We get it, but we need to stay together. We’re not going to let anybody around here pull us apart, I promise you that. So we will come together with answers, and as every week goes by, we do need to know that time is of the essence. But being 3-3, here’s what I’ll tell them. You ready? I’ll just tell you. I talk about horse blinders and earmuffs. Don’t listen to anything outside, because right now it’s not going to be good. So what happens is people from outside try to pull you down, and the last thing that anybody is going to do, whether it’s you guys or anybody else outside, you’re not going to pull us down. We’re going to be positive and we’re going to fight through it, because that’s what winning teams do. And that’s what positive people and good people do.”

This is a strong message from Nagy and one that the team can rally around. When things go south, stay focused, pull together, and keep each other’s spirits lifted.

Unfortunately, I don’t think that message got through to some of his key players:

You look foolish! Literally, you probably have never had to compete at a high level before so I don’t expect you to understand

Nagy’s message seems to already be lost, which isn’t good. Not that I take issue with a player sticking up for himself or his teammates, but this could be the start of a slippery slope where things can get ugly. Social media posts such as the ones above are signs of a team closer to coming apart than rallying to come together.

The Bears hired Nagy to change the culture, put together a modern offense, and lead the franchise away from their past and into the future. But sometimes, a coach’s most important job is to manage the locker room. So while Nagy fixing a broken offense in hopes of keeping the team afloat is a priority, it appears that he will have more than that on his plate this week.