REPORT: Bears Are Signing Brent Urban to Bulk Up Their Defensive Line Skip to content 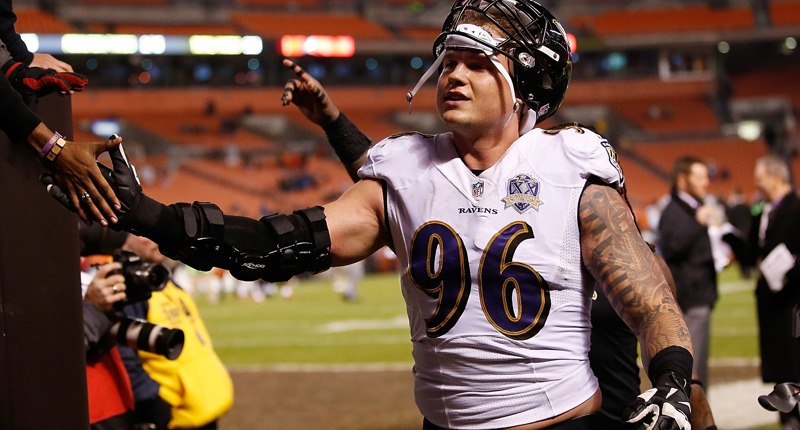 After watching Josh Jacobs and Latavius Murray plow through what was once a stout run defense, the Chicago Bears had to do something to mix it up.

One solution was to bulk up its depth by signing a recently released defensive lineman, which is exactly what they did!

Veteran DE Brent Urban, recently released by the Titans, has agreed to terms with the #Bears, per his agency.

Urban, 28, played four games for the Titans before his release, but is one year removed from starting all 16 games for the Baltimore Ravens in 2018. Last year, Urban turned in an impressive 81.3 grade as a run defender from Pro Football Focus. The football analytics site also had him down for 21 quarterback hurries in 2018, so it’s not as if he is just an early-down lineman whose sole purpose is to stop the run. The Bears could use some two-way depth as it looks to turn it around after a pair of demoralizing losses in which the team was bullied at the line of scrimmage.

A fit as a defensive end in a 3-4 defense, Urban could slide into a starting spot and allow Nick Williams and Roy Robertson-Harris to resume their respective roles as rotational defensive linemen. Williams and Robertson-Harris received an extended look in the early stages of Akiem Hicks’ absence, but neither made enough headway to stop the team from making a move to add a fresh body with starting experience to the mix.

The Bears have yet to officially announce the signing or a corresponding move that clears a roster space for Urban, but we can cross that bridge when we get there.