Turning the Page, DL Tryouts, Underground Buzz for Bars, and Other Bears Bullets Skip to content 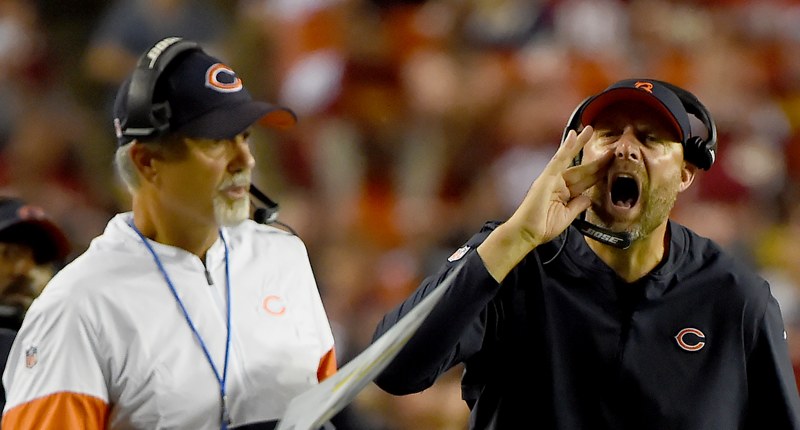 The World Series opened up last night, the Bulls are back in our lives later this evening, and the Cubs have a new (old) manager. I don’t know what Thursday has up its sleeve, but it better be good.

Focused on what's ahead.

With the Giants starting same offensive line over the first seven games, this was the ideal season in which they could groom and develop a young tackle behind the scenes.
One of the reasons I wanted them to claim Bears rookie Alex Bars on waivers earlier this year.
They haven't.

Another trade: Falcons are sending WR Mohamed Sanu to the New England Patriots in exchange for a second-round pick, league sources tell ESPN.

Denver is dealing WR Emmanuel Sanders and a 2020 5th-round pick to San Francisco in exchange for 2020 3rd- and 4th-round picks, per league sources.

Former Bears DT Daryl Banefield worked out for the Dolphins today, per source.