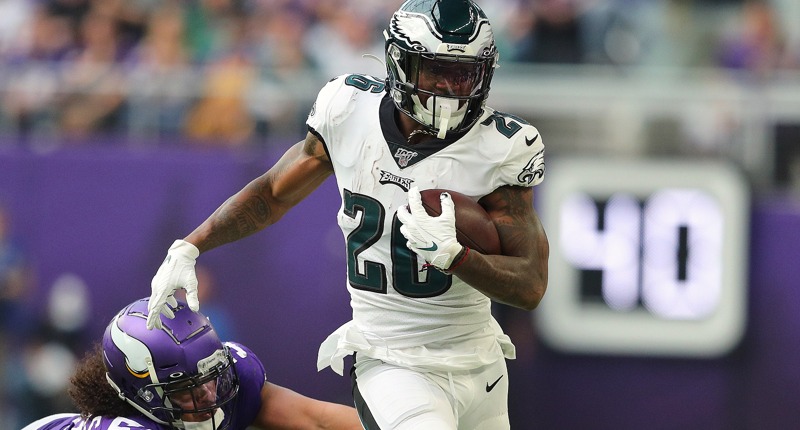 The Jordan Howard Revenge Game™ factor will not be overlooked this week.

In fact, an injury to one of the Philadelphia Eagles’ most important backs could further thrust Howard into the spotlight.

Rookie running back Miles Sanders did not practice on Wednesday because of a shoulder injury, tweets Patrick Finley of the Sun-Times. You might know Sanders as the standout Penn State back who replaced Saquon Barkley after he left school to enter the NFL Draft. Or it is possible you are familiar with him as the prospect back who was on our radar all offseason as someone who would fit perfectly into the Bears’ system. But now, Sanders is more than prospect hype.

This is what Sanders has brought to the table upon arrival:

I suppose this is what could happen if you allow your rookie running back to shine, rather than limit his carries, touches, and snaps (eh hem).

Jeff McLane of the Philadelphia Inquirer tweets that Sanders expects to give it a go at practice tomorrow and hopes to be ready to play on Sunday against the Bears. If healthy, Sanders gives the Eagles a potent 1-2 punch with Howard in the backfield. Because in addition to Howard averaging 4.4 yards per carry and having scored six touchdowns in eight games, Sanders is no slouch and is a force in multiple facets of the game. Then again, Chicago has been healthier than each of its last three opponents and have nothing to show for it but three disappointing losses.

At least the Bears can say they put forth a pretty clean injury report:

Reserve outside linebacker/edge defender/special teams contributor Isaiah Irving did not practice because of a quad injury. Irving was limited to just one defensive snap and four special teams plays in last Sunday’s loss to the Chargers. Prior to Week 8, Irving had played on at least 10 defensive snaps in four of the team’s previous five games and on at least 60 percent of the Bears’ special teams plays in each of the first six games. Unless Irving can string together a few healthy practices, it is tough to see him being available for Chicago’s Week 9 showdown at Philadelphia.