Things Could Be Worse for the Bears ... They Could Be The Browns | Bleacher Nation Skip to content 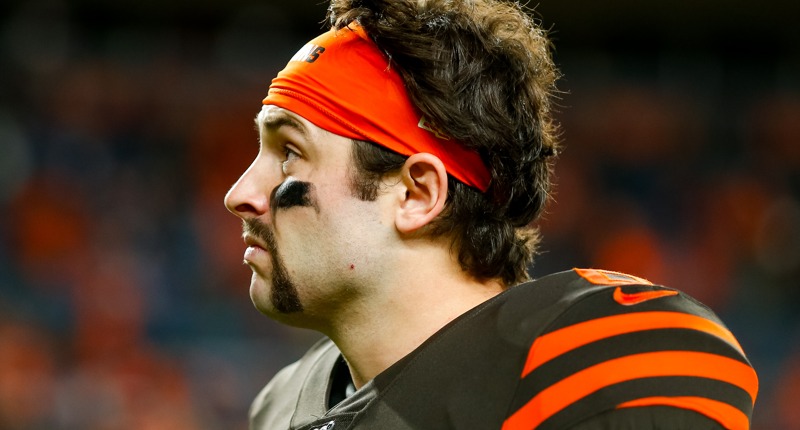 Finding silver linings in the dark clouds hovering above the Chicago Bears is challenging.

But if you’re willing to look elsewhere, it doesn’t take long to realize how things could be far, far worse than what we are experiencing in Chicago.

For example, have you checked out what is happening in Cleveland?

If you haven’t, here are some snap shots:

“I can’t get the ball to save my life” – OBJ while walking off the field after that failed 4th down according to Jay Feeley.

18 months of being a Cleveland Brown. pic.twitter.com/Y1zjGxcLUK

To say the Browns are riding a struggle bus at 2-6 would be an understatement.

Regression has come for Baker Mayfield, as the once electric and confident quarterback looks like a shadow of the player he was coming into this season. On top of that, Mayfield seems as rattled behind the mic as he does in the pocket. The LA Times detailed his storming out of a press conference, expressing frustration with a line of questioning that was being peppered in his direction.

Moreover, Head Coach Freddie Kitchens appears to be overwhelmed and underprepared as a head coach. The skill position players are struggling to get the ball, which led Odell Beckham Jr. to voice his displeasure to be in audible distance from a reporter. And then there is the Jermaine Whitehead situation, in which the Browns player was cut on Monday morning after he went on an offensive Twitter tirade directed at fans.

To be clear, things are bad with the Bears. It stinks and no one is happy about it. But what is happening with the Browns is on another level of yikes! that I’m not eligible to comprehend.

It’s wild to think about how the Bears and Browns were the most popular bets to win the Super Bowl. Mayfield and Mitch Trubisky were among the players who were bet on most often to win this year’s NFL MVP award. And now that we are halfway through the season, it boggles the mind to think about how these two franchises have fumbled so much optimism and good will in the span of a few months. Unfortunately, that is par for the course here.