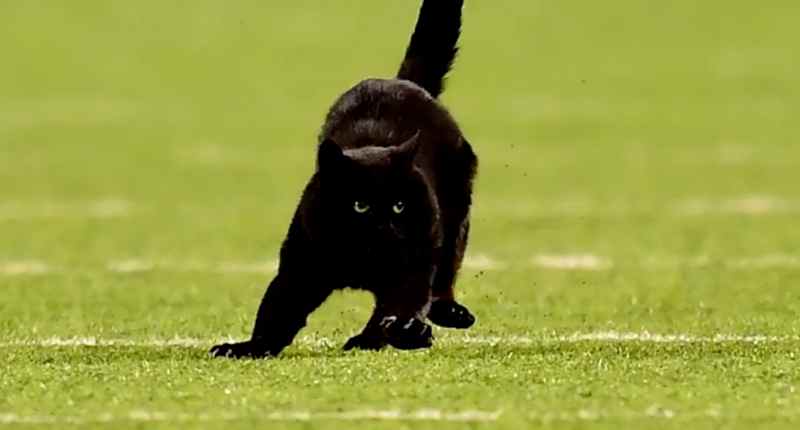 I’m starting to pull together all the necessary ingredients for my chocolate chip pecan bourbon pie recipe for baking later this fall/winter. It’s just that I don’t have anyone to share it with and I don’t think it’s healthy for me to eat am entire pie by myself. Or maybe I should be selfish for once?

AUDIO: There was a cat on the field. @Kevinharlan had the #MNF call for us.

Mitchell Trubisky is currently averaging 5.47 adjusted yards per attempt. Over the course of an entire season, that would be tied for the 29th-worst mark this decade for QBs with 300 or more attempts. The person he's tied with? pic.twitter.com/ZGipW0BK3l

.@ChicagoBears v @Eagles and on this 2-9 if they can convert this “simple screen” the #Bears might have taken the lead on this play. #CoachNagy said it’s about “execution” and he is so right. #BaldysBreakdowns pic.twitter.com/QaTzkKDFLr

.@ChicagoBears have problems. Who plays defense like this.? No run fit; no one defeating a block. This game tape is your resume’ #BaldysBreakdowns pic.twitter.com/pyamuKECVw

Mitch Trubisky throws the ball in the second quarter against the Eagles during a 22-14 loss at Lincoln Financial Field in Philadelphia on Sunday, Nov. 3, 2019. ⠀ ⠀ The Bears quarterback was 10-for-21 for 125 yards with no touchdowns or turnovers with the highlight being a 53-yard completion to Taylor Gabriel. Trubisky picked up 15 rushing yards on two carries. The Eagles got to Trubisky a number of times, sacking him three times for a loss of 23 yards. ⠀ ⠀ “It’s losing,” Trubisky said after the game. “It’s not playing up to what we know we’re capable of. It’s making simple mistakes. It’s getting out-executed, getting outplayed — when we know we’re capable of much more. And when we know we have more inside of us. When we know we’re talented, but we’re still coming up short. That’s why you have this crappy feeling. Losing sucks.” ⠀ ⠀ For more photos and Bears coverage, click the link in our bio. (John J. Kim photo / @chicagotribune) #chicagobears #bears #dabears #beardown #mitchtrubisky #mitchelltrubisky

Don’t you love it when people are nice to others just because…. you made these kids’ week Javon Wims! @Javon_Juice. They’ll be @ChicagoBears fans for life. #CHIvsPHI @NFLonFOX pic.twitter.com/rOFKlXk4pi

Matt Nagy on Tarik Cohen: “His numbers are down and I’m aware of that. He’s a playmaker and we need to do a better job of getting him the ball and doing different things with him. … So I have ultimate confidence and trust in 29. I know he’s a heck of a playmaker."