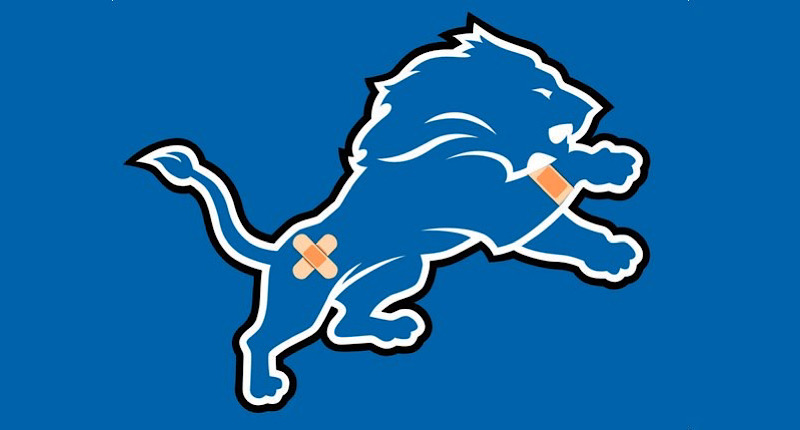 Just the idea of being without Goldman anchoring a Bears run defense already missing Akiem Hicks makes me itchy. But things could be worse for Chicago. Just take a look at the Lions’ injury report, which they refer to as the “practice report” because maybe it sounds better? Sure, let’s go with that.

Lions quarterback Matthew Stafford was listed as a limited participant in Wednesday’s practice because of hip/back issues. Stafford has been sacked 15 times in the last five games, which isn’t good for anyone’s hip or back — let alone a 31-year-old quarterback on pace to be sacked at least 37 times for the sixth consecutive season.

Sure, seeing standouts such as defensive lineman De’Shawn Hand (DNP, ankle), defensive tackle Mike Daniels (limited, foot)), offensive lineman Graham Glasgow (limited, back), defensive tackle A’Shawn Robinson (limited, ankle) on the practice report catches my attention, too. Those are all standout players who the Lions bank on for production. But to see Stafford on it is the hook here. Because do you even know who Detroit’s backup quarterbacks are?

If you guessed Jeff Driskel and David Blough, I congratulate you on successfully using the Lions’ official website to locate the team’s depth chart.

We’ll continue to monitor Stafford’s situation. Because while I expect him to start on Sunday, his health is something worth keeping tabs on leading up to Sunday.