The Bears 2020 Salary Cap Situation Looks Scary ... But We Can Move Some Numbers Around Skip to content 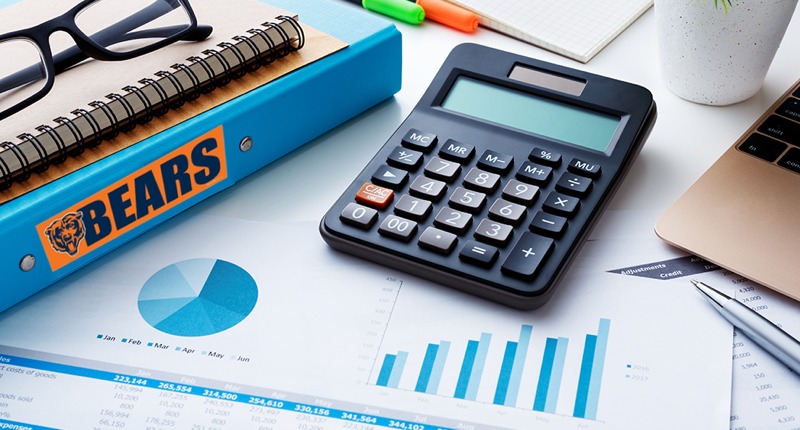 Instead, as Bears fans begin to look forward for any glimmer of hope, they’re met by even more problems on the horizon: a quick glance at the Bears’ draft capital and salary cap situation is dreary, to say the least.

The team has just six picks (no first-rounders) in the upcoming 2020 NFL Draft, while OverTheCap.com projects the Bears to need to clear more than $4.8 million just to get under the projected $200 million cap number for next season. YIKES. Things look gloomy, to be sure, but I’m here to tell you that there ARE some plausible escape hatches.

At first, seeing the Bears at $4 million over the cap in 2020 is jarring and concerning. But every year, a team that appears mired in cap-hell wiggles its way out of the jam. And with some fairly painless moves, the Bears could be that team next year.

Much like each of the NFL’s other 31 teams, the Chicago Bears will make some obvious cuts to clear salary cap space this offseason, moving on from players who are either underperforming, not deemed to be fits, and/or whose salaries simply need to be purged.

Here’s a brief look some candidates (and how much cap room projects to be saved):

NOTE: If the Bears were to cut Davis before Week 10’s game against the Lions, they could net a compensatory fourth-round pick as part of completing the process. That would provide more even more necessary draft capital on top of clearing $3 million in cap space. It would be a welcome bonus for what otherwise has been a signing that has had little return on investment.

Looking at the rest of these cuts, it’s not as if the Bears are gutting the core of their team, right? Replacing a guard (who was on the downside of his career), a return specialist, a gadget receiver, and a third-string back wouldn’t be the end-of-the-world (it wouldn’t even be the end of whatever perceived window may still remain).

And an addition $20.85 million worth of space (by replacing four players whose roles are likely to be filled by younger, more cost-effective guys) gets the Bears to $17 million under the projected cap.

… And that’s before we even consider parting ways with a tight ends room that needs to be torn down and rebuilt (the Bears could save another $3.82 million by admitting this group’s short-comings and cutting Trey Burton ($1.05 M), Ben Braunecker ($1.5 M), and Adam Shaheen ($1.27 M)).

Now we’re looking at an estimated $20.849 million in cap room before we even get to contract restructures and roll-over cash, both of which could help carry the Bears’ projected 2020 cap space into the $27-$35 million range.

Should the Bears sneak back into that range, they’ll be able to properly supplement this roster for another run as soon as next season.

Of course, the time will quickly come to address the quarterback situation – we’ve already started an Obsessive QB Watch with rumored 2020 trade/free agent options, as well as second-round possibilities in the upcoming draft (and no, cutting Mitch Trubisky doesn’t save any cap space — so don’t get any ideas), but there will be plenty of work to be done in the meantime … like filling in all those newly created holes through free agency and (better yet) the draft.

But in the end, simply knowing that there’s a way out of this mess should make you feel better this morning. I know I needed that jolt, so hopefully it reaches you, too.