Charles Leno Jr. and the Offensive Line Try To Take Some Heat Off Mitch Trubisky and Other Bears Bullets Skip to content 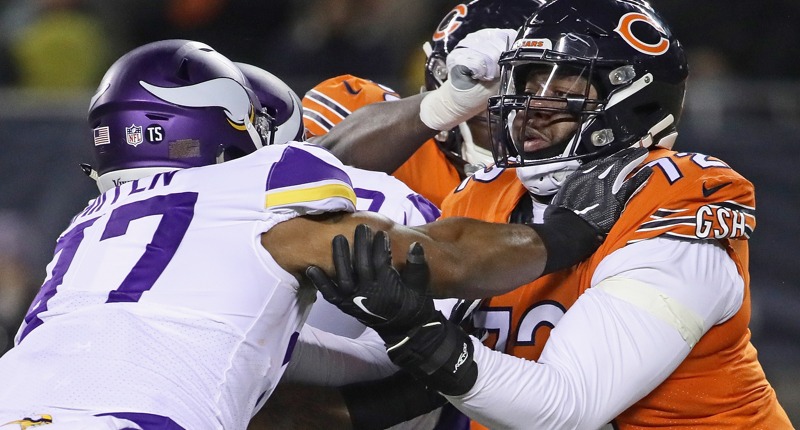 After admitting to a friend that I was going through some tough times, I’ve turned to back to meditation (again). I am at a streak of four days of morning meditation, while also mixing in some night sessions. Anything to be a little bit better.

Last week it was the body language thing taken out of context. This week it’s the TVs. Meanwhile, he’s publicly handling his struggles much better than Baker Mayfield is in Cleveland. https://t.co/5ikFfdVBWY

Sportsbook will refund bets made on Trubisky winning MVP https://t.co/qmKBE15lAU

"If you put Matthew Stafford on this Bears team, they win the NFC North or at least make the playoffs.” — @ClayTravis pic.twitter.com/3E12H4QuiT

Slow News Day: Lamar Jackson, Trubisky, Watson, London Chargers, lots of QB talk. Then @malloryrubin joins me to talk Lamar Jackson for MVP and so much more. You gotta watch this one: pic.twitter.com/w0GVedDwt1

Urban Meyer used to taunt Joe Burrow about his arm strength, saying he was a Division III quarterback.

A dive into his trips with biomechanics experts in California and his evolution into the passer he's become.

Reese’s Senior Bowl invite for our very own Jeremy Chinn: ✅

Chiefs QB Patrick Mahomes was a full participant in practice today. That suggests he's ready to return on Sunday against the Titans.