Fighting to Get Out of the Cellar: Lions at Bears - November 10, 2019 Skip to content 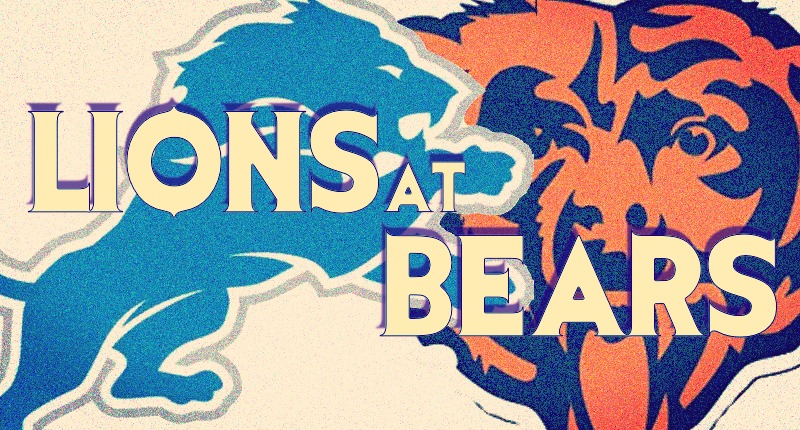 Sunday’s matchup between the Bears and Lions is one that pits a pair of teams, who have what the other needs, against each other.

The Bears (3-5) have a defense that ranks sixth in scoring defense, eighth in Football Outsiders’ DVOA, and ninth in yards allowed. But what Chicago doesn’t have is the only thing anyone wants to talk about these days. And rightfully so. Quarterback Mitch Trubisky’s fall down the quarterbacking hierarchy is part of the reason the Bears are in the midst of a four-game losing streak and in search of a win to avoid an extended tailspin.

On the other side of the field are the Lions (3-4-1), a team that has quarterback Matthew Stafford playing at the top of his game despite a supporting cast that doesn’t offer much support (especially on the defensive side of the ball).

That an offensive-minded head coach in Chicago and a defensive-leaning leader in Detroit have the opposite side of the ball working for them while their particular expertise is the faction that is struggling is mind boggling. I suppose someone has to win this game, though a tie can’t be ruled out between these two struggling factions.

The Westgate SuperBook in Las Vegas lists the Bears as 2.5-point home favorites against the Lions with an over/under set at 41.5. Chicago enters this matchup having lost all three of the home games in which it was installed as a Vegas favorite. The team’s only home win came when it was a 1-point underdog against Minnesota in Week 4.

Bears Offense: Mitch Trubisky torched the Lions at Soldier Field last year. It was one of those games you dream of where the Bears quarterback is throwing darts and dimes all over the field, while the opposing quarterback is left running for his life. If there was ever a time for a pick-me-up game, this is it for No. 10. Perhaps targeting Allen Robinson (who has earned a top-20 PFF receiving grade) will help his cause.

Bears Defense: Eddie Jackson is due for a big game. The All-Pro safety hasn’t come up with the game-changing defensive plays as he did last year, but perhaps his time will come this week as Chicago’s secondary faces a pass-happy Lions offense. It’s hard to get a ton of picks when opposing offenses are running it at will against your defense. But with Kerryon Johnson out of action, opportunities could present themselves in this matchup.

Lions Offense: Marvin Hall was signed by the Bears in the offseason to be a speedy option at receiver and contribute as a special teams ace, but never even made it to Week 1. Hall was part of the last round of cuts, but has found a niche with the Lions as a return specialist and deep ball threat. What a concept! Kenny Golladay and Marvin Jones Jr. deserve all the attention from Bears DBs on Sunday, but it would be a real shame if one of their ex-teammates comes back to bite them in the rear.

Lions Defense: Darius Slay is a fiend. Detroit’s top cornerback is still chugging along trying to keep the defense afloat. Slay checks in as Pro Football Focus’ 47th best cornerback this season, but we have seen him play at a high level in each of the last five years. Just because a guy might not be as good as he once was doesn’t mean he can’t reach deep and pull out a big game. Slay is probably licking his chops dreaming of Trubisky throwing the ball in his direction.