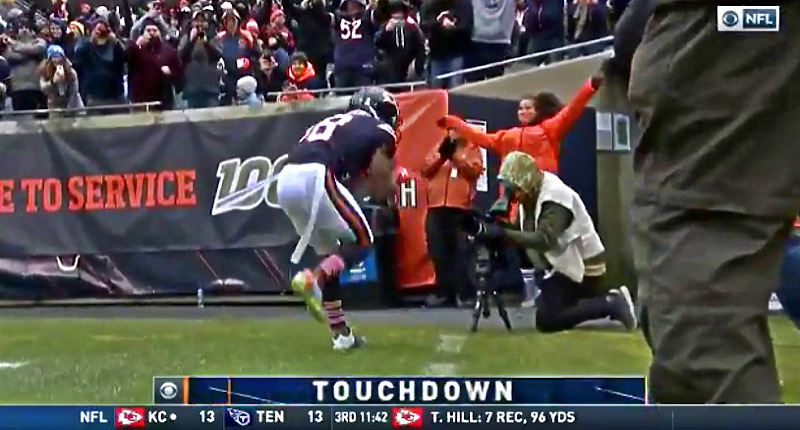 If once is good and twice is better, but three straight touchdown drives is thrice as nice

Mitch Trubisky doubled his fun with this touchdown throw to Tarik Cohen on the Bears‘ first possession of the second half:

Give this guy room to run and he'll make ya pay.@TarikCohen takes in it for 6.#DETvsCHI | #Bears100 pic.twitter.com/awX11RY23j

Then after a Nick Kwiatkoski interception, Trubisky went deep to Taylor Gabriel to triple up on the touchdown fun:

The throw to Cohen was easy, peasy, lemon squeezy, but the type hasn’t been able to make for most of the year for any number of reasons. But the toss to Gabriel was a strong, confident throw that Trubisky hasn’t shown enough of this season.

Then again, hitting 10 of 12 passes — three of which have gone for touchdowns — after starting 3 of 6 is one way to build confidence. Not to mention tack on with a 20-6 lead.