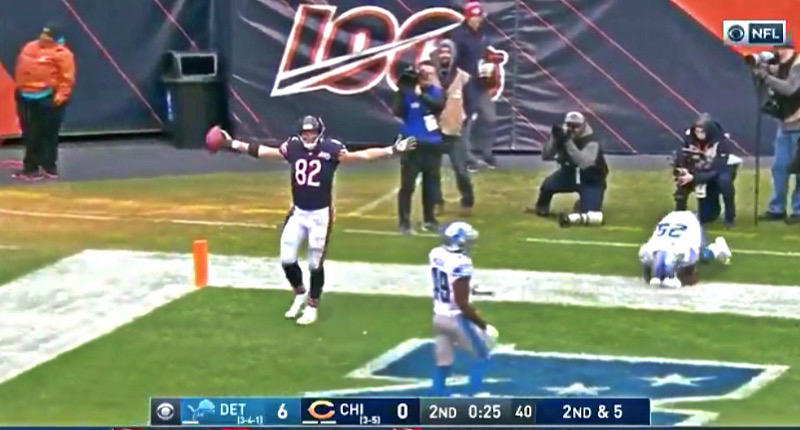 FINALLY! The Chicago Bears are on the scoreboard.

And it doesn’t get much prettier than this:

Ben Braunecker’s first career touchdown catch was a dandy. I mean, what else can you say? That was a really nice throw by Mitch Trubisky and a nice haul for Braunecker. The 18-yard hookup provided the first touchdown of the game for either team and helped the Bears take a 7-6 halftime lead.

Prior to this scoring drive, the Bears were averaging 1.7 yards per play. That’s a downright awful number, but at least they were able to string together enough positive plays to put together a scoring drive.

Trubisky goes into the locker room having completed 10 of 14 passes for 85 yards, one touchdown, and a 109.5 passer rating. That last number is a bit deceiving, especially when you consider the totality of a bad first half. But it’s better than the alternative.